‘Dumped’ is a Decent Directorial Debut 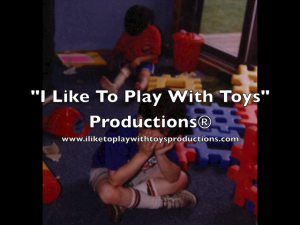 Long Island produced one of my favorite independent filmmakers when Hal Hartley debuted on the movie scene with films like The Unbelievable Truth (1989) and Trust (1990). Long Island native Joseph Ammendolea’s first film Dumped is at times a decent romp of young adult romance and bromance that shares the same spirit of Hartley’s work but lacks the insight and perception into his characters minds and relationships. Ammendolea tries more to be like Kevin Smith’s acclaimed debut film Clerks (1994). Unfortunately, Dumped lacked the brilliance in its idiocy charming quality of Clerks.

It starts off with an opening credits sequence that is way too long and wastes a good amount of the run time when it could be developing some of its characters or getting the story moving. Plus it was confusing where at one point it says “based on a true story” then moments later states that it is “based on several short stories” written by the director. One must assume that he combined elements of truth within his short stories all into the screenplay but the way it was spaced out took me out of the film right when I should have been getting into the narrative.

Another aspect that took me out of the film was the sound mixing was uneven at times and some parts were too loud. For a first time indie picture this can be forgiven but with a bigger budget it would not fly.

For a first time feature, Mr. Ammendolea’s shot set up was primarily well done. He has a keen eye for shot selection and it should be commended that he directed his actors well. The performances were good and did not seem like they were non-actors or amateurs. His most notable strength’s were his good lighting and realistic dialogue.

Once the first act was over and I got past the sound mixing distractions, I found myself caught up in the story between these characters trying to deal with one of their friends being dumped by his girlfriend. There was some good dialogue dealing with themes of young adults unable to grow up and being afraid to grow up. I wish he dealt more with tweaking the dialogue which could have had some profound moments rather than switching gears and focusing on young men and their juvenile pranks against the ex girlfriend. Dumped does a solid job capturing young adults acting like immature high school kids and is probably an accurate depiction of how many 20-somethings live in 2015 still with mom and dad and playing video games in their parents basement.

Overall Dumped felt like a glorified student film, but that should not be discouraging, I said the same thing about Christopher Nolan’s Following (1998). Not saying that Joseph Ammendolea is going to be making a great Batman movie anytime soon, but he has crafted a decent directorial debut with some good moments, just not enough good moments to recommend the picture. Dumped had humor but with the right fine-tuning it could have been even funnier and more heartfelt. Ammendolea has potential as a filmmaker. The next time around he just needs a bigger budget, a proper sound mix and a better script (or at least script supervisor) that focuses on the characters relationships and not Johnny Knoxville-esque stunts.

Below is the trailer for Long Island filmmaker Hal Hartley’s Trust (1990) my favorite film of his and I hope that it inspires some great ideas or at least inspires you to seek out this brilliant gem of a movie.