The Real Reason the Oscars are “So White”

by Jason Koenigsberg Since the Oscar nominations were announced, a lot of what we have been hearing are that the Academy Awards for a second year in a row […] 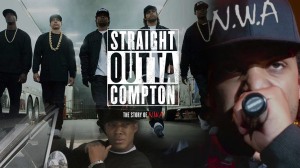 Since the Oscar nominations were announced, a lot of what we have been hearing are that the Academy Awards for a second year in a row are “too white”. Last year when Al Sharpton made headlines with his comment, I dismissed it. 2014 was a pretty mediocre year for cinema other than Boyhood and Birdman and the white guilt Oscar bait movie du jour Selma left a lot to be desired. But 2015 offered more diverse films. Although there were very few truly great movies this year, there were a lot of very good movies and some of them had African-American actors and directors producing some of the years best work.

Pound for pound I said that the best movie of 2015 was Straight Outta Compton directed by F. Gary Gray, an African-American and it featured a predominantly African-American cast. It’s the Amadeus of rap biopics about the most influential rap group of all time. It does the NWA and their music justice as well as being a powerful and emotional film that is culturally relevant. There is outrage that this film did not get a Best Picture nomination, but I am not surprised and I will explain why later on.

There was also Beasts of No Nation, with a black cast and Idris Elba giving a ferocious and menacing performance. We also had Chi-raq, a controversial film from the always audacious Spike Lee and it was his best film in nearly a decade (I have not liked anything he directed since Inside Man back in 2006). Plus Creed, directed by Ryan Coogler and starring Michael B. Jordan, both African-Americans and in my opinion, Samuel L. Jackson gave one of the years best performances in Quentin Tarantino’s Hateful Eight, but I am sure he is used to being overlooked by the Academy at this point, his only nomination was Best Supporting Actor for Tarantino’s Pulp Fiction back in 1994.

So why were all of these films and performances and directors overlooked? The real problem is not the Academy Awards and the nominations themselves. The problem is actually something that takes place about eighteen months or so before the nominations are announced. The problem is the Hollywood studio system and the screenplays that they choose to greenlight. The announcements just illuminate to the masses the studio heads lack of diversity at top and what films they think people want to see. Obviously this is driven by money and the demographics of people that go to the movies dictate what they think the general public will spend their money on. We can moan and groan all we want about the studios and how they work, but that is only one aspect of the problem about why this years Oscars are “too white”.

The other major problem is probably a more important one to minorities that actually work in the industry. I have been on several film sets in my life and I know people that work on them all the time. There are very few African-Americans that work on the average Hollywood movie. That lack of employment in the movie industry is a much bigger problem that should upset Al Sharpton rather than the fact they do not get as many awards.

I am willing to bet that more African-Americans would be more upset knowing that they are underrepresented in practically every aspect of the film industry and not just Academy Award nominations for acting. Even those minorities fortunate enough to earn recognition through awards and nominations should care about this and be more outraged about this fact than the fact that Will Smith did not get a Best Actor nomination for Concussion or that Straight Outta Compton was overlooked for Best Picture, when neither film had a realistic chance of winning even if they were nominated. 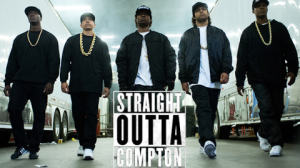 The real reason most of the films from 2015 mentioned above did not earn the Academy Award nominations are a result of their timing. The great director Sidney Lumet once stated “the chances of the Academy honoring your film are the same as catching lightning in a bottle”. Lumet himself was no stranger to the Academy Awards, he was nominated for five during his career and only won a Lifetime Achievement Honorary Oscar given to him in 2005. A lot of it really involves luck and some very good timing, the Weinstein’s during their Miramax zenith also showed that it can help to spend millions campaigning for films like Shakespeare in Love (1998) and The Cider House Rules (1999) but I digress.

Straight Outta Compton came out back in August to very positive reviews and it was a hit at the box office. In order for the Oscars to take notice it would have probably had to be a huge hit like Forrest Gump (1994) which also came out in the summer. By the time Oscar ballots were released, many people probably forgot about Straight Outta Compton. Plus, let’s be honest, NWA is not exactly a wholesome musical biopic that screams Oscar like Ray Charles or Johnny Cash with their biopics Ray and Walk the Line. If it were a biopic on Stevie Wonder with an actor portraying a real life famous blind musician, then we might not be hearing about the Oscars being so white.

Spike Lee’s Chi-raq is not exactly a film Oscars would usually embrace. An unconventional adult fantasy-fable about women depriving their men of sex unless they agree to make peace and stop gang violence is a nice allegory about crime and poverty in the twenty-first century. It features some terrific performances especially Teyonah Parris as the female leading the “no sex” crusade and John Cusack who in one long sermon gave his best dramatic performance in years. But it’s subject matter probably turned as many people off as it intrigued and it was a low budget film released through the newly formed Amazon Studios. Not a lot of people saw it and few found it profoundly deep and powerful. 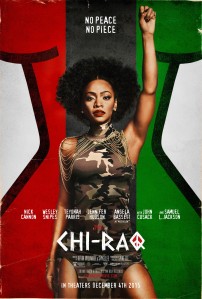 A similar argument could be made for Beasts of No Nation, the first Netflix original film to receive a limited theatrical release. It’s very well directed and acted but the subject matter is extremely brutal. Plus even though it has been streaming on Netlfix for months now, I am sure that few people have actually bothered to sit through all two and a half hours of this and instead would rather stream episodes of their favorite sitcom. It’s unfortunate but true.

Creed, The Hateful Eight and Concussion all feature award worthy performances from African-Americans but there are reasons all three were not recognized. Michael B. Jordan as Adonis Creed delivered a great physical and dramatic performance but the best scenes in that film he shared with Sylvester Stallone. Jordan has a lot of years and hopefully a lot more great performances left in him that the Academy can honor, Stallone might not and this is a great chance to honor the veteran actor/writer/director for a career crowning performance of a character he created that changed cinema forty years ago.

Samuel L. Jackson (who should have won Oscars for Pulp Fiction, A Time to Kill and Django Unchained) has been consistently great on screen for decades, but his character in Hateful Eight is pretty despicable in many ways, as all the characters were, it should not come as a surprise, albeit a disappointment, he was overlooked for more typical Oscar fare like Eddie Redmayne in The Danish Girl or Bryan Cranston for Trumbo, and let’s face it, they both are just fillers for DiCaprio to take home his long overdue Oscar this year.

As far as Concussion goes, it is a movie that can be categorized with a great performance in a bad movie. Will Smith is just fine, the film is manipulative and preachy. Timing was not the issue with Concussion, same as last year with Selma, it just was not that good. Will Smith and his wife stating they will not attend this years Oscars sounds like a case of sour grapes.

So that covers only one minority group not represented that should have been at this years Academy Awards. What about Asian-Americans? Latino-Americans? Indian-Americans? Native Americans? Where are their roles that deserve to be nominated? Where are their jobs in the film industry? Where is their voice crying out that it is unfair they were not represented or nominated or even have any roles that could earn Academy recognition? The problem is not just black and white, the problem is deeper than that and it is one that we are sadly still years away from solving.

Charlotte Rampling said that this outcry over the lack of diversity at the Oscars is “racist to the white nominees” and that we should be beyond labeling people. She is right to a certain extent but reverse racism is now sadly common. It would be easier to agree with her if the Academy Awards were not so historically racist to begin with. Between 1939 when Hattie MacDaniel won Best Supporting Actress for Gone with the Wind and 1990 when Whoopi Goldberg won the same award for Ghost, no African-American woman won an Oscar. Halle Berry was the first woman to win a Best Actress Academy Award in 2001 and Denzel Washington was only the second to win Best Actor that same year (the first being Sidney Poitier back in 1963). Until 2001 you could literally count on one hand how many African-Americans won Oscars and you did not even need all of your fingers to count how many were nominated. 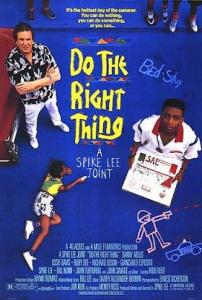 Spike Lee’s Do the Right Thing (1989) only earned two Oscar nominations, screenplay for Lee and Best Supporting Actor for Danny Aiello, who of course is white. That same year they gave Best Picture to Driving Miss Daisy a film about blacks being subservient and creating a deep friendship with an old white woman in the South during the Civil Rights era. Plus, it is hard to ignore when the Academy honored Steven Spielberg’s The Color Purple (1985) with 14 Oscar nominations and then gave it the ultimate slap in the face winning zero Oscars that year, making The Color Purple the biggest movie loser in Academy Awards history.

Since then the Academy has made great strides to honor African-Americans with Oscars like Jamie Foxx, Forest Whitaker and Octavia Spencer. I personally do not think any of them deserved their Oscars but they won regardless. I do not want the result of this lack of diversity issue to force the Academy to turn the issue into having a token black nominee every year. They should always continue to honor the best people in each field regardless of race. Last year Al Sharpton was being a blowhard and a rabble rouser with his comments. This year I think those that are upset by the lack of black nominees have a legitimate gripe because there were some great performances from African-American actors and very powerful films directed by African-Americans.

The past two years there has been a drought in terms of diversity at the Oscars, but there also has been a lack of great films in general and if they can fix the employment problem with more minorities, it might result in more films being greenlit by the studios that feature minorities and then maybe they can eventually have an Academy Awards where race is no longer a focal point creating an issue of discussion and controversy.