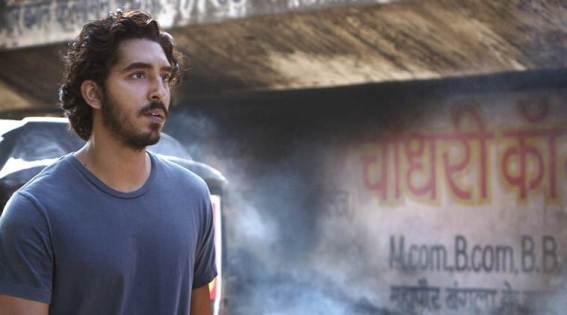 Lion is based on an incredible true story. A young Indian boy gets lost on the streets of Calcutta, thousands of miles from his home village. He is adopted by an Australian couple and decades later sets off to find his family. That is the basic gist. If it sounds like an interesting journey you want to take then by all means take it, and it will more than satisfy. Lion is a flawed film but its strengths greatly outweigh its weaknesses. By the end it emerges as a powerful film and one that is able to transport its audience to two very different worlds.

The opening images are wide shots looking straight down at different landscapes as if we are in the clouds. These shots will mean much more by the end of the film but it works on its own as beautiful scenic photography of nature. We meet our main character Saroo as a five year old child with his older brother Guddu in their hometown and see the impoverished conditions they live in. Lion joins the other very important and valuable films of 2016 that deals with poverty. Saroo goes to the train station at night with his brother, falls asleep on an abandoned train car, wakes up as the train is moving finds himself lost in a big overcrowded Calcutta train station.

While he is on the train the cinematographer treats us to some blatant prison bar imagery as the boy is looking through the train windows. Once he reaches the station and wanders the streets Lion makes Calcutta in the 1980’s look like Poland during World War II. Nobody understands young Saroo, he only speaks Hindi and they speak Bengali, however he stays tough and resilient and keeps moving forward.

Seemingly out of nowhere he gets adopted by an Australian couple (Nicole Kidman and David Wenham) and grows up with a more privileged life in another continent. This is where Lion starts to get stronger as it turns from an endearing story of a boy growing up in poverty then relocating to a whole new world of luxury. The scenes in Australia are photographed much more vibrantly than most of the scenes in India.

Jump twenty years forward and the boy grows up to be Dev Patel in one of his finest performances. He is going to college away from home in Melbourne for Hotel Management where he meets Rooney Mara. They have chemistry and embark on a romance but eventually trouble ensues when he starts thinking more about the family he lost. This second half of Lion feels like a completely different movie, but fortunately a more powerful one. Rooney Mara took a very underwritten character and made us care about her and believe that she loved Saroo and that made their scenes some of the best in the film.

Lion works as a journey film about the importance of our memories and finding ourselves and our idea of home. This is similar in theme to Moonlight and Manchester by the Sea as very emotional journeys about the power of memories. But Lion also works as an allegory about technology. The lack of technology in the 1980’s is the reason our main character remains lost for so long and likely would not happen today. Lion is a testament of how technology can help save lives and bring people together. The downside of it being so pro technology was that at times the movie felt like an advertisement for Google Earth, but one should not hold that against the film since it was the tool that got Saroo to finally reunite with his family twenty five years after he lost them.

The end was the most powerful where after seeing actors the whole time it was really nice seeing the real Saroo all grown up and his real parents (biological and adopted) on screen. Lion roared at the end so as viewers walk out of the theater it will be very hard for them not to feel uplifted.