The Best of the Official Marvel Cinematic Universe

by Jason Frank Koenigsberg listen to the audio here We have all seen seen Black Panther, and it has received glowing reviews from critics and audiences have cheered the film […]

listen to the audio here

We have all seen seen Black Panther, and it has received glowing reviews from critics and audiences have cheered the film for its riveting action and celebration of diversity. We can all agree it is varying degrees of good to great. I have in fact gotten a lot of flack for only giving the film three stars when many readers think it should have received four. The star rating can be a very precarious notion. Sometimes a film will grow on me and I realize that my three star rating should have been closer to four, other times my initial reaction to a film could be one that is so powerful that it earns more stars than it probably would have gotten had I not walked out of the theater so impressed.

But I digress, regardless of how many stars I gave Black Panther, it is definitely a blockbuster that has lived up to its hype and deserves a lot of the love, praise, and money  it has made. A friend of mine that felt I was too harsh on the film said that it was one of his favorite from the Marvel Cinematic Universe. I immediately shut him down and said no way is it better than some of the X-Men, Blade, or Spider-Man movies. He quickly

put me in my place, giving me an education about the official Marvel Cinematic Universe. He agreed that those movies I mentioned are phenomenal pictures, but just because they feature Marvel superheroes does not make their movies part of the MCU. It is my job to be the critic and assess a movies strength’s and weaknesses, but it is the fans job to put us in our place. He explained to me which films are and are not part of the ever expanding official Marvel movie franchise and I have listed the 18 films of the official Marvel canon below.

There are two more MCU films due out in 2018 with a new Avengers and Ant-man movies due this summer. From looking at this list it made a lot of sense. It all started with Iron Man (2008) and in a way all of these films are clones to a varying degree of the first Iron Man picture. Some take the cookie cutter approach and end up with a product vastly superior to Iron Man, others fall short and make me question why so many people love these movies in the first place.

This is the movie The Avengers (2012) should have been. James Gunn’s Guardians of the Galaxy is pure escapism. The kind of summer movie fun you expect but seldom receive from the Hollywood studio assembly line that cranks out a myriad of blockbuster duds. I for one do not know much about the source material, being that as it may, I enjoyed this film immensely because it’s director James Gunn has much love and admiration for this comic and it is evident in every frame on screen.

Early on in Captain America: The Winter Soldier my inhibitions went away and I was just sitting back and enjoying the ride. My critic hat was off and I felt like the movie buff that I am. This one has all the elements you want from a comic book movie but raises the bar with fantastic action, top notch performances and even managed to surprise me with one of the main characters and their intentions. It is a smarter than average Marvel film and an undeniably fun action-thrill ride and one of the best sequels ever made. 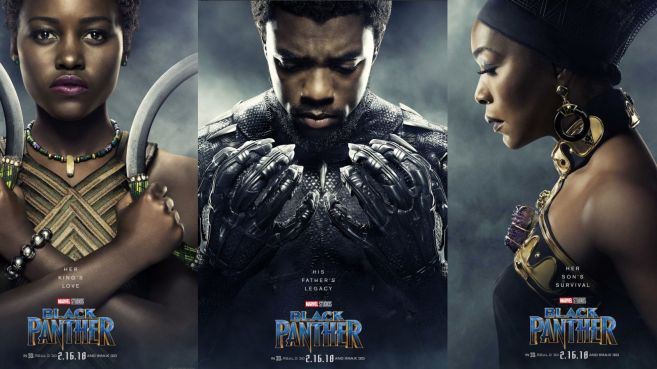 This is exactly what one should assume from Marvel Studios and it delivers a visually astonishing product as promised from the trailers. The colorful costumes stand out more than most comic book movies as they celebrate African heritage and customs in an exuberant manner. Black Panther also had a strong message about technology and how our main character and his people have relied on technology so much but their dependence on superior scientific advancements cannot heal everything. Heavy handed with its socio-political message but this is the type of social commentary audiences may need.

For the most part, Thor is basically everyone’s third or fourth favorite Avenger. His standalone movies are the weakest compared to his superhero comrades. The Thor films are not as intricately written or masterfully directed as Captain America’s. Nor is Hemsworth as versatile and charismatic of a leading man as Robert Downey Jr. as Ironman. He is a good guy and all, but other than the fact that Chris Hemsworth is the perfect physical specimen to most women, there really is not much to his character or his movies… until this one. Three is the charm for the God of Thunder. Thor: Ragnarok is taking a page from the Guardians of the Galaxy films and is just trying to have fun. Luckily for the audience, Ragnarok is a fun, vibrant, colorful and exciting adventure.

My favorite film from the Marvel catalog leading up to The Avengers was Joe Johnston’s Captain America: The First Avenger. It was a fun, throwback action picture with clear good guys and bad guys, simple but very effective. Captain America remains the most consistently superior individual film series from MCU. This first one felt like a good, old-fashioned All-American adventure film in the same vein as the original Superman and The Rocketeer.