Skip to content
‘Pacific Rim: Uprising’ Should Have Stayed at the Bottom of the Ocean
Movie Reviews

‘Pacific Rim: Uprising’ Should Have Stayed at the Bottom of the Ocean

press play to hear the review below: 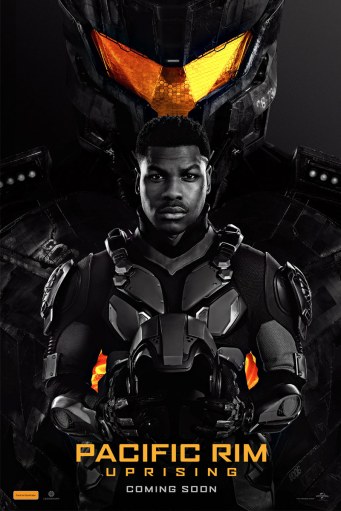 What a difference a director makes. The first Pacific Rim (2013) was directed by recent Academy Award winner Guillermo del Toro and it had a sense of love and imagination sewn into every action packed frame. It made my top ten of the year and at number five to be precise and I declared it to be one of the best pure popcorn summer blockbusters in years. Well now it is 2018 and we are in an unusually cold March where summer feels very far away, but the magic of movies should make us warm inside if we watch a big blockbuster that is fun escapist entertainment. Unfortunately, Pacific Rim: Uprising will not provide any warmth other than the heat from the theater as you walk to and from your car. It is loud, obnoxious, dull and worst of all contains none of the magic the original possessed in transporting me to an alternate reality of jaegers and kaijus fighting each other on Earth.

The opening plays with the Universal and Legendary logos so that seems like a promising sign making them part of the Pacific Rim world, then the first shot is jumps right into a fighter jet shooting at a monster and cuts right into the action catching the audience up on how humans won the war against the giant beasts from the deep Pacific. We also learn in the opening moments that Idris Elba’s character, one of the best parts of the original film, is dead and that John Boyega is his son. Sadly the only actors returning from the first film are Charlie Day, Burn Gorman as the bumbling pair of scientists/comic relief and Rinko Kikuchi, who is brought back for only a brief few moments and her character in the script is so manipulatively written that she deserved so much more it would have been better if they left her out altogether. They also keep Charlie Day and Burn Gorman away from each other for the majority of the film so the way they played off each other with fun dialogue in the original is practically non-existent. Even worse all of the new characters introduced and portrayed by John Boyega, Scott Eastwood and Tian Jing are so bland and uninteresting that it makes the few remaining ones that stuck around for the sequel stand out as the best part. Even though faithful fans of the first one may dislike what they did to Charlie Day, Burn Gorman, and Rinko Kikuchi, they are still far more compelling that the motivations of everyone else we meet. Pacific Rim: Uprising contains comedic moments but without Charlie Day and Burn Gorman playing off of each other, most of its attempts at humor fall flat.

Another element from the Guillermo del Toro original that is absent here is the thrilling music score by Ramin Djawadi featuring guitarist Tom Morello. The producers went cheap and hired Lorne Balfe to compose the score and it is generic, much like the rest of this movie. Only twice near the end do we hear the rousing theme that made Pacific Rim‘s soundtrack one of the catchiest of recent action blockbusters. The sets, costumes and special effects all work mostly because they are the same as the original. Nothing new or imaginative here, just an excuse to blow up cities and make millions of dollars along the way. Some of the fights between the giant robots and monsters were very weak and about on par with the action scenes from a Transformers sequel. The way the first Pacific Rim was awe-inspiring and touched on viewers imaginations, Pacific Rim: Uprising is just trying to cash in and make money and it shows.

That does not mean that Pacific Rim: Uprising is not without its merits. The final few action scenes involving Siberia and Mt. Fuji are enjoyable and borderline spectacular. It’s political themes of big business meddling in military defense for their own profit is sadly relevant and puts peoples lives in danger. Respectable that a mostly heartless blockbuster and excuse for a cash grab could squeeze in anti-corporation social commentary is noble. But it is not enough to warrant a recommendation.

This brings me back to my opening thoughts. What a difference a director can make. When he has his personal signature on every frame of a movie and treats the material with tender love and care that a committee cannot duplicate, it shows on screen. Guillermo del Toro is one of the best filmmakers working today and was just rewarded with the Best Director Oscar for The Shape of Water (2017). He took a back seat and served as a producer for the sequel. Steven S. DeKnight who has only directed a few television episodes was in way over his head on this big production. There are critics that poo poo on the auteur theory that filmmaking is the directors vision and he/she is the creative force behind a motion picture. They can point out the lesser works of great auteurs like Hitchcock, Kubrick, and Spielberg to prove their point and filmmaking certainly is a collaborative effort that no one person can do alone. However, Pacific Rim and its sequel support the auteur concept. It took Guillermo del Toro five years to complete his vision for Pacific Rim and the final result was one that immersed its audience quickly and vividly into a modern day world of giant jaegers and kaijus, the directors very personal vision. Pacific Rim: Uprising coasts on what the original film created and not much else. It does not bring out your inner child, it just reinforces that you are watching something impersonal, corporate, and magniloquent.