Skip to content
‘Deadpool 2’ is More of the Same, Only More Annoying
Movie Reviews

‘Deadpool 2’ is More of the Same, Only More Annoying 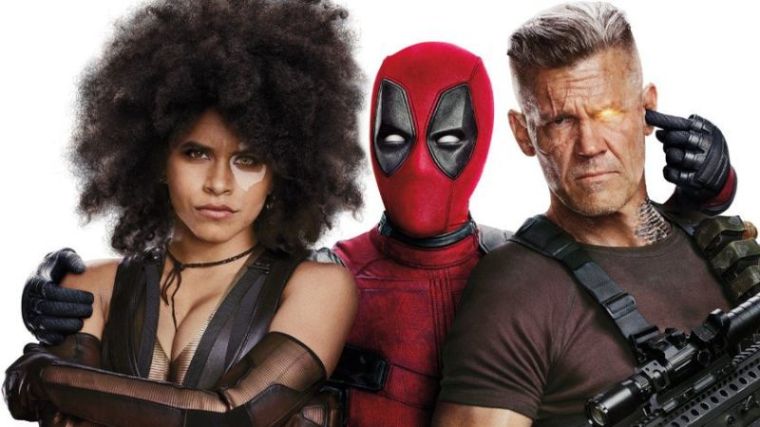 Nothing special to report here. Deadpool 2 is just more of the same action and humor from the first one, only this time his antics and the movie’s style are oddly annoying. The first film was refreshing and exuberant, now Ryan Reynolds best character comes off as irritating as he attempts to duplicate the shtick he reveled in as an R-rated cleanse to Superhero cinema.

The opening shot is Deadpool smoking a cigarette with his mask only on the top part of his face in the style of Batman and then quickly pays homage to a recently departed Marvel hero who is also owned by Fox. Deadpool 2 contains the same lighthearted tone they perfected in the 2016 Deadpool. The same profanity laced humor with violence accompanied by pop music. Some jokes work. His comment about The Passion of the Christ (2004) early on was a winner, and so was a fake title sequence that spoofed the most recent 007 film Spectre (2015), but then most of the other humor failed to hit the spot. After around the thirty minute mark Deadpool 2 becomes tiresome. The formula and the direction of where this picture was going became predictable before they even introduce Josh Brolin as the time traveller villain named Cable. Unfortunately, the writers/directors did not bother to develop Cable at all, there are just a few shots of him looking surly and mean and we do not find out his characters motivation until practically the end of the movie. Josh Brolin is having quite a time at the box office playing bad guys in Marvel movies. He recently starred as super villain Thanos in The Avengers: Infinity War and now he is going against Deadpool here.

Along with Cable none of the new characters introduced in Deadpool 2 are interesting. They are all just victims of lazy writing trying desperately to duplicate the magic lightning in a bottle feel that the first Deadpool captured. There is no social commentary like the previous film had about the US healthcare system. They abandon the love story between Ryan Reynolds and Morena Baccarin (one of the best aspects of the original) in favor of themes about the importance of family. The result is weak. Deadpool 2 is just a simplistic story about Deadpool trying to save a misfit mutant kid just so that he can feel better about a moment where he failed to protect someone. Plus, the CGI effects in some scenes are recognizably subpar and feel like they were done in the early 2000’s when Ryan Reynolds was starring in Blade: Trinity (2004).

Deadpool 2 is not an entire waste of time. Some of the humor works and some of the action sequences are moderately enthralling. There are terrific cameos that will definitely surprise audiences and all of the post credit scenes are worth sticking around for, in fact they are some of the best moments in the movie. If you liked the first Deadpool and want more of the same, just not as inventive then by all means see Deadpool 2. Otherwise there are much better ways you can spend two hours.

One of the best moments in Deadpool 2 happened early on when he shows up and kills a bunch of nameless baddies to DMX’s “X Got’ Give It To Ya”. This was Deadpool’s theme in the first film and I wish they played it more in the second. Like Iron Man with AC/DC’s “Shoot to Thrill”. Here is DMX… “where my dogs at?”