‘Yesterday’ is a Fun and Carefree Musical Fantasy 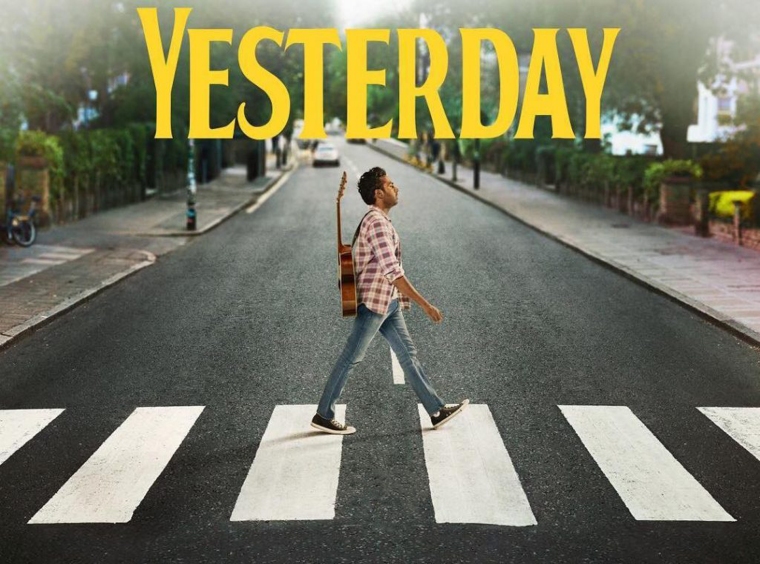 Last year Academy Award-winning filmmaker Danny Boyle quit directing the new James Bond movie over disagreements with the producers on the direction the 25th Bond movie should go. That 007 movie is still about a year away and since quitting Boyle has already directed and released a new film called Yesterday about a struggling musician who wakes up in an alternate timeline where nobody except for him remembers The Beatles and their music. Yesterday, named after a Beatles song, is a fun and carefree musical fantasy.

The opening shot is the back of our main character (Himesh Patel) as the audience sees him playing his guitar and singing on the street. He works at a warehouse during the day but his passion is music and he performs at whatever small gigs his “manager” who is also his platonic best friend (Lily James) can get him. There really is little to no explanation as to why the world does not remember The Beatles (along with a few other random items that are embedded in our pop culture) other than the fact that there is a blackout throughout the entire planet and during that instant the main character gets hit by a bus while riding his bike and is knocked out. When he wakes up in the hospital he soon learns through conversations that nobody else knows anything about The Beatles.

The story is simple enough and that is what Yesterday aims to be, a simple, happy crowd-pleaser and with that, it succeeds. It works as a romance between the two friends that have had deep feelings for each other since their childhood and it works as a morality play about telling the truth and not lying to people especially your loved ones about who you are. This type of tale has been told many times but still works for Yesterday. This is due to the fact that Danny Boyle is an excellent director with films such as Trainspotting (1996) and Slumdog Millionaire (2008) under his belt. Plus it was written by Richard Curtis the man who wrote Four Weddings and a Funeral (1994) and Notting Hill (1999). This movie leaves enough to the audience’s imagination and delivers what they need to walk out smiling and humming a Beatles tune. Yesterday is not going to win any Academy Awards like Slumdog Millionaire and will not blow up the box office like the next Jame Bond movie probably will, but Danny Boyle has crafted a beautiful romantic fantasy that should satisfy most audiences.