‘Honey Boy’ is a Cinematic Catharsis 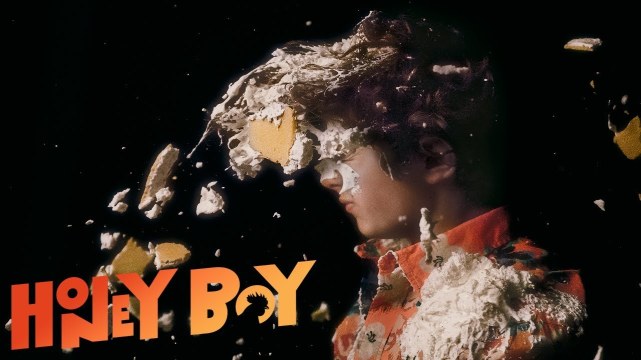 We have all heard about the trials and tribulations of being a child actor. The loss of a normal life, the pushing from the parents to fulfill their unsatisfied dreams, long hours on the road, it seems there is more grief than gratitude from the few that are successful. Plus even with success there can be a heavy price, just ask Edward Furlong, Lindsay Lohan, or Amanda Bynes if you can find them. For every Ron Howard, Ethan Hawke, and Drew Barrymore (who herself had a difficult road to recovery) there are dozens of Corey Haims. Shia LeBeouf has had a tumultuous career and a few years ago people thought he was falling off the deep end into Britney Spears territory wearing paper bags on his head. In recent years, LeBeouf seems to have cleaned himself up and fought the demons he was battling and appears to be on the right track. He pulled double duty on his newest film as he wrote and stars in Honey Boy. It is a brave performance in a screenplay that is very autobiographical. Honey Boy is a cinematic catharsis of all his pent up anger and rage as a child channeled into a healthy cautionary tale about family and the price of stardom.

The opening shot shows Lucas Hedges standing in front of an airplane and gets blown back only to reveal the scene is a stunt and he is attached to safety cords. This shot was in practically every trailer for Honey Boy so it should not surprise most viewers, then the clip board appears and reveals that it is the year 2005. Then there is a wild and manic montage of Hedges partying, acting, driving, and being frustrated that ends with him getting arrested and entering rehab to avoid a four year prison sentence.

Shia LeBeouf is playing a character meant to resemble his father in real life. Honey Boy is an autobiographical tale that employs two different actors to play LeBeouf at two different stages of his life, Hedges who plays the child star grown up at age 22, and Noah Lupe who plays the child star at age 12 during the year 1995. Their performances anchor the film but it is LeBeouf as the father who is a real scene stealer. An insecure man-child who berates his son and tries to pawn it off as tough love. He states that his mother has a real job only because she does not believe in him and that he will make it in Hollywood. He does not like seeing his son cry so the 12 year old boy is not even allowed to express normal child emotions.

Honey Boy is very serious and even the moments that feel over the top are never funny. Some humor could have been incorporated to lighten the mood but that is not the overarching goal of this film. This was meant to be a catharsis about child actors who grow up working harder than many adults do. The cinematography is intentionally drab with gray and blue overtones to convey that the life of a child actor is not beautiful and glamorous as some might believe it to be. Honey Boy parallels LaBeouf’s life and it must have been a difficult process to relive certain moments. This is one of his best dramatic performances and it also may be one of his easiest to portray since it is so close to his real life. Hedges has some great moments as well in scenes where he is alone and has to confront painful moments from his past which may or may not reflect that actors real life situation.

Honey Boy also contains some of the most disturbing scenes involving a 12 year old boy chain smoking, literally smoking cigarettes on screen with his father. For me, this was more unsettling to watch than any violent scenes from movies in recent memory, knowing what those cigarettes will do to the boy. There is a lot of imagery with a chicken that may be there to symbolize his unusual relationship with his father. The final shot is glorious and lets the audience know that conflicted relationships with our closest family members are never easy and Honey Boy does not provide a typical Hollywood ending or closure that most movies do.