Fight Club was most disappointing considering the obsessive fan base it created. Unfortunately this movie came out my junior year of high school and so its target demographic, young white […]

Fight Club was most disappointing considering the obsessive fan base it created.

Unfortunately this movie came out my junior year of high school and so its target demographic, young white males, (also the majority demographic of my best friends) became obsessed with this film. They loved it, worshipped Tyler Durden, called it the best movie they had ever seen, said that it changed their lives. Meanwhile I was left shrugging my shoulders saying basically that it was only “OK”, and that I liked the dark tone and mood that the movie set but I could not accept the films preposterous ending. 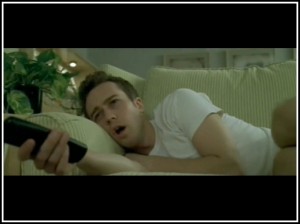 Now revisiting Fight Club fifteen years later, I stand by my original high school opinion. Most of the people that I knew that were obsessed with it and loved it, are now IKEA buying consumers and corporate drones, exactly what the film was raging against. Fight Club was a disappointment considering the talent involved. It has great music and some great camera work and the stunts and action sequences are top notch. The dark mood that David Fincher set works adequately enough with the story and theme. He was basically using the same cinematography that he had in Seven and The Game. Since the 90’s ended I feel that Fincher has made some of the best movies of his career and it was nice to see a talented director like him grow and evolve with more mature films especially Zodiac and The Social Network.

But back to Fight Club, the main problem that I had with it then and now remains with the “twist” which was a very popular technique in the late 90’s (The Sixth Sense also came out in 1999). I found the “twist” to be absolutely ridiculous. The filmmakers really expected me to believe that all of these men would actually follow around a man who punches himself in the face? These men were not insane or severely mentally disturbed. The people in the actual “Fight Club” were average Joe Shmoe guys. I found that ridiculously insulting that they would not have the common sense to turn to each other and just say “uh, hey, this guy is crazy”, but that they would actually follow him and worship him was just too far-fetched for me to believe in a movie where the violence and overall look of the film was so gritty and realistic. There is not an ounce of fantasy in this film until the reveal that there was no Tyler Durden the whole time and that Edward Norton’s character was actually schizophrenic. I could have at least accepted parts of the film and maybe not hated it as much as I did had the ending become even more preposterous than it already was when it deals with schizophrenia. This movie actually expected people to believe that a schizophrenic man could shoot himself in the face, yes shoot himself in the face, the bullet goes through his cheek and jaw, and that would cure him of his “evil alter-ego” Tyler Durden. Not only that, the last few minutes are where the movie really lost me from something that I just did not like to a film that I downright despise because moments after Norton shoots himself in the face, HE IS TALKING! Not only talking but talking audibly and making sense. This is the movie that my friends hailed as a masterpiece fifteen years ago? This is what people loved and thought was profound cinema in 1999? Not to mention Helena Bonham Carter’s character only existed in the film to be a receptacle for sex. This movie was nonsense; overly violent nonsense for that matter and it beat you over the head with its message.  After the first twenty minutes or so we get the message. American males are lost without a cause or anything to fight for in this era, we were two years away from 9/11 so this film does work as a relic of the Bill Clinton 90’s when things were going well before the War on Terror. So these men had to rebel against conforming to society by fighting each other? OK, I get that, and I get that it was attacking the superficial and shallow consumerist American culture that we had then and still have now. But would these seemingly level headed young white men follow around a guy who punches himself in the face? I don’t think so. In fact the film would have been much more interesting if we never saw Tyler Durden. That’s right, just cut Brad Pitt’s character out of the movie completely and I think you may have a much more complex and difficult film that could work as a study for schizophrenia and mental disability.

Just watch the clip below:

I find that to be much more compelling than the actual conversation between Brad Pitt and Edward Norton.

Now after watching that clip, do you really think that level headed men around the country would follow this man? I don’t care how lost and confused they are, it would never happen. If the movie was done like this there would not have been any big surprise in the third act, which was where the movie really fell apart for me. Plus a studio may not have backed the movie with only one major Hollywood star in it instead of two, but I think it would have been a lot more unconventional and most likely much more interesting. As it is, Fight Club remains one of the most overrated, preposterous and disappointing films I have ever seen.