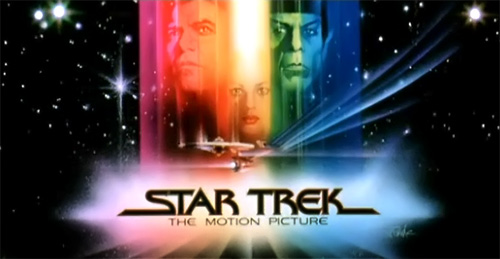 In honor of Star Trek‘s 50th Anniversary I recently attended my first Star Trek Convention, ‘Star Trek: Mission New York’, the first official Trek convention to come to the Big Apple in twenty years and I had a blast. The celebrities, the trekkies, the merchandise, the atmosphere, and all the different panel discussions, it was a great experience. Without Star Trek and their conventions, there would be no Comic Con. In keeping with that theme of Star Trek and everything Gene Roddenberry’s long lasting creation stands for, what better time to discover or rediscover the Stark Trek films by starting at the beginning with it’s first theatrical film from 1979. Often unjustly maligned and misunderstood, Star Trek: The Motion Picture is a slow moving yet gorgeous film giving the original cast a chance to play their iconic television roles on the big screen.

Sure, the sequel Star Trek II: The Wrath of Khan is vastly superior movie, is one of the best science-fiction movies ever made and started the trend of all the even numbered Trek movies being great. However, Star Trek: The Motion Picture has it’s merits and embodies what Star Trek is all about regarding acceptance, pursuit of knowledge, and all of mankind working together for the purpose of improving the human race.