Skip to content
The Best Sequels of All Time
Editorials

The Best Sequels of All Time

by Jason F. Koenigsberg It is May so that means it is officially the kick off of the summer movie season. Traditionally the time of year when the biggest, dumbest, […] 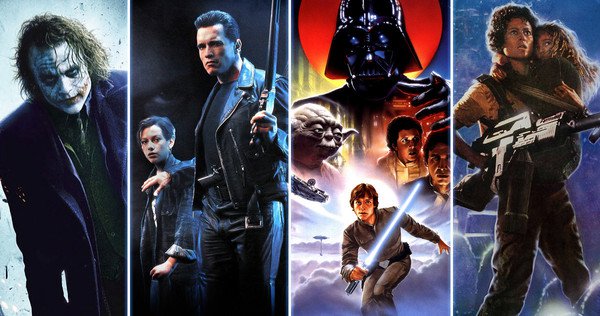 It is May so that means it is officially the kick off of the summer movie season. Traditionally the time of year when the biggest, dumbest, loudest and most action packed popcorn movies show up on the release calendar. Many of those movies in recent years end up being sequels or remakes. But sequels are not necessarily such a bad thing. Some of the best movies of all time have been sequels. These continuations of great stories often get a bad reputation because for every Empire Strikes Back (1980), we get ten movies closer in quality to Bad Boys II (2003). This summer alone audiences will be getting sequels to Guardians of the Galaxy, Alien, Pirates of the Caribbean, and Despicable Me just to name a few. We can only hope that they are on par with their predecessors. Rarely does a sequel surpass the original, but it has happened a few times. In honor of the biggest blockbuster season getting started here are Pan and Slam’s Top 10 Best Sequels of All Time. A special mention should go to three movies that just missed the Top 10. They came so close to making it and bumping some of these other titles off but just barely missed the cut.

First up was Superman II (1980) and I am not talking about the Richard Donner cut, that has it’s moments, but I actually love the Richard Lester original theatrical version. The original superhero sequel boldly took our Man of Steel places that we had never dreamed of seeing and was a thrilling adventure every bit as awe-inspiring as the original Superman (1978). The risks that it took paid off and to this day is one of the best sequels and best comic book movies of all time. 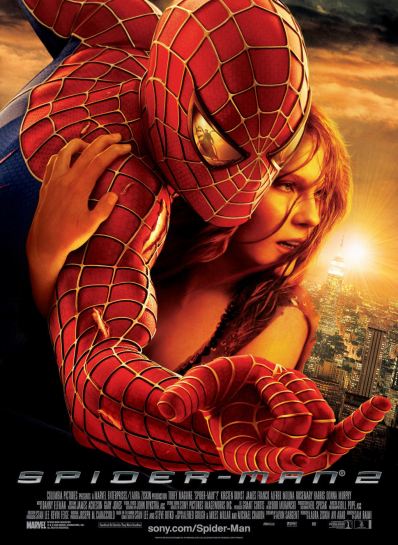 Also just missing the cut was another great superhero sequel, Sam Raimi’s Spider-Man 2 (2004). This film would tackle themes and develop characters to create the most mature and engrossing comic book movie ever made. That would change quickly, but for a brief moment in time, Sam Raimi’s vision of Spidey was one that captured audiences and critics alike and showed the world what comic book movies could achieve if they are done right. Most of what this movie accomplished would be forgotten by the time Christopher Nolan’s take on Batman would come the following year and Spider-Man 3 (2007) left a bad taste in many peoples mouths.

The third and final film that just missed the top ten but is definitely worth mentioning is National Lampoon’s Christmas Vacation (1989). Sequels to comedies are very tough to do and most people probably do not think of Christmas Vacation as a sequel to the Griswold families misadventures from National Lampoon’s Vacation (1983) but it is a continuation of that families foibles in a different setting and during a different time of year. A cable favorite during the holiday season people have probably seen Christmas Vacation more than any of the other Chevy Chase Vacation movies and for that it deserves to be mentioned among the greatest sequels ever made, and it is every bit as funny as the original.

And now, without any further ado, here are…

Pan and Slam’s 10 Best Sequels of All Time 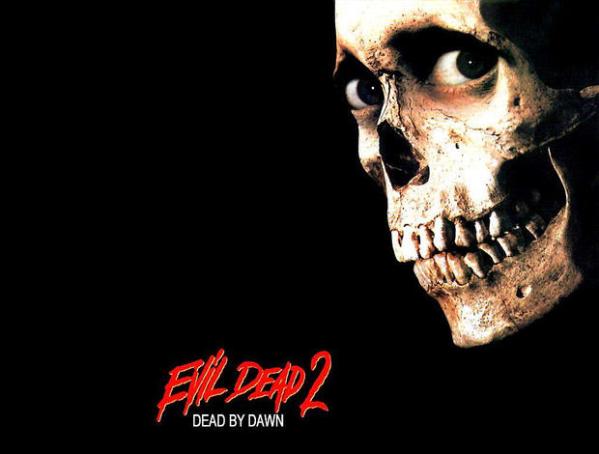 There is an overabundance of horror sequels. Most of them are terrible, some are good, but none are as over-the-top, inventive, hilarious and thrilling as Evil Dead 2. Part remake, part sequel, but all fun. This is a manic, gruesome, and ingenious gorefest. It surpassed the original which was excellent especially considering how low budget it was. Evil Dead 2 was brave in the direction that it took horror movies from being scary to genuinely as funny as any slapstick comedy from the Three Stooges. The fact that it made Sam Raimi a director to take notice of and star Bruce Campbell a cult icon are afterthoughts, that is how great Evil Dead 2 really is. 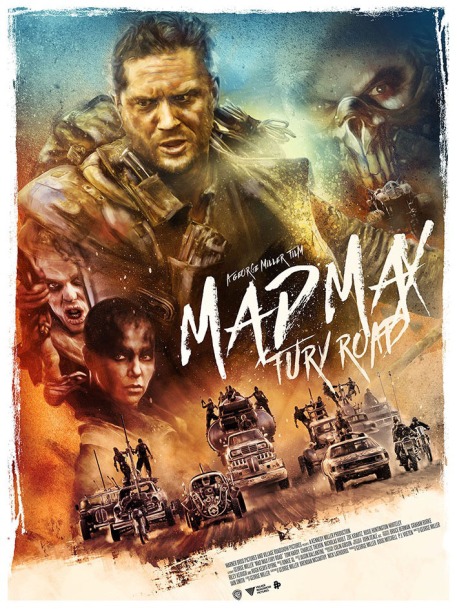 Another outstanding sequel that works just as good as a remake of the original. Mad Max: Fury Road surpasses all of the Mel Gibson Mad Max films. An action packed spectacle of pure insanity. Images that are simultaneously weird and intriguing occupy the screen throughout. Mad Max: Fury Road has a unique quality in that it looks both very modern yet at the same time oozes with a retro self-confidence. Beneath its surface Mad Max: Fury Road is a smart picture if you are looking for more than just a really fun action packed thrill ride. At the same time, if all you want is fantastic car chases and action sequences in a post apocalyptic setting with great looking cinematography, well then Mad Max: Fury Road also delivers as two hours of insanely good eye candy. 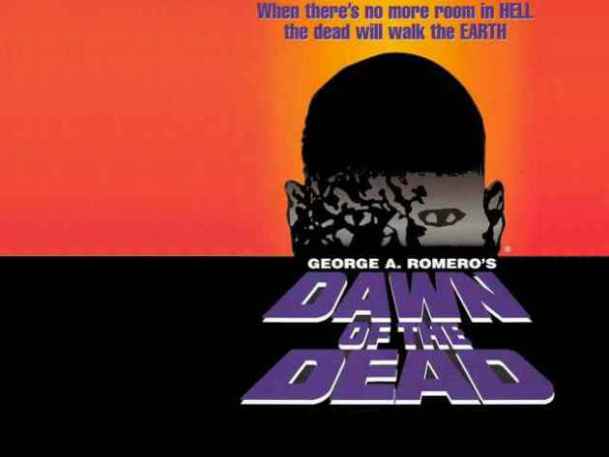 George A. Romero basically invented the modern zombie genre with his brilliant Night of the Living Dead (1968) simultaneously bringing in the independent film movement and midnight movie circuit. The way Romero challenged audiences with suspenseful thrills, smart social commentary on civil rights, racism, our gun loving nation, and such an audacious ending, he somehow inexplicably managed to top with Dawn of the Dead. Romero had a lot to say about the US of A since a lot had happened in the ten yearse since his debut film. This time he channeled his terror into a satire on American consumerism and the Vietnam war. Plus some of the most gut-wrenching special effects by make-up guru Tom Savini. Regardless of being a sequel to a groundbreaking classic, Dawn of the Dead is one of the best horror movies of all time.

One of the first great sequels of the classic Universal monster movies remains one of the greatest sequels of all time. Before Evil Dead 2 combined horror and humor, James Whale did it first with Bride of Frankenstein, while outdoing his own brilliant creation, the 1931 original Frankenstein. This is the legendary directors finest film complete with thrills and homosexual undertones that were way ahead of its time, plus Dr. Pretorious makes one of the most suitably indelible screen villains of all time. The best movie ever made based on Mary Shelley’s classic novel. Over 80 years later, Bride of Frankenstein is without a doubt one of the best sequels you will see. 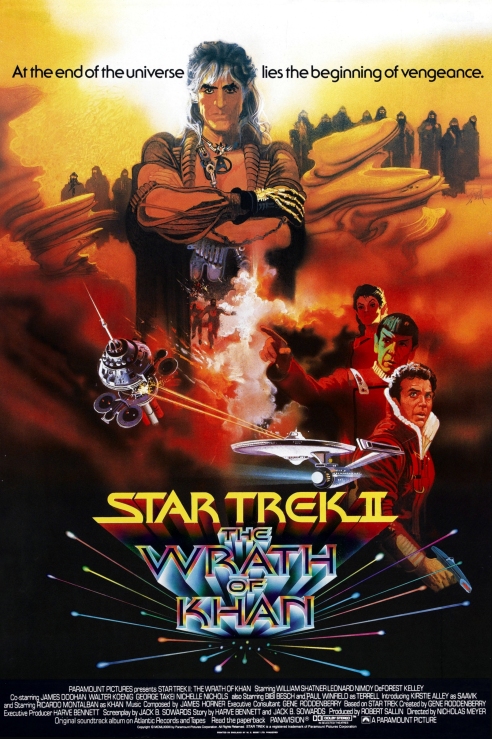 The best Star Trek movie of all time is also one of the best sequels of all time and one of the best science fiction films ever made. So many great performances to savor especially Shatner, Nimoy and Ricardo Montalban as Khan. Many unforgettable moments, Khan’s pets that crawl into ears, the climactic battle, Spock making the ultimate sacrifice, the ending. Just as impressive are the costumes, the James Horner score, and the editing. Nicholas Meyer may understand how to direct a Star Trek movie better than anyone else. This is practically a flawless film.

Nobody thought a sequel to Ridley Scott’s original Alien could be this intelligent and thrilling. A smart social commentary disguised as a combat movie of marines versus aliens and featuring a powerful performance from Sigourney Weaver that was so good, the Academy nominated her for Best Actress. Aliens is a great metaphor for motherhood and a love story about mothers protecting their daughters and explaining death and loss to a loved one. It feels more like a riveting Vietnam war movie than it does a sci-fi monster flick.

I guess you can call James Cameron the King of the Sequels (a lot better than calling him the self proclaimed ‘King of the World’ after winning all those Oscars for Titanic). His two best films are his sequels, T2, and Aliens. Like Aliens, James Cameron returns to themes of a mother protecting her child. A smart social commentary about nuclear war and the dangers of technology going too far. Terminator 2: Judgment Day also features career best performances from Linda Hamilton, Robert Patrick and Edward Furlong in his film debut. While it may not be the best Arnold Schwarzenegger performance, he is still terrific and it is certainly his most iconic and the one that will go down in history as the role that defined him. What ‘Born in the USA’ is to Springsteen, Terminator 2 is to Schwarzenegger. A great script that is surprisingly intelligent matched with perfect casting (ingenious idea making Arnold a hero this time since he had become the biggest action hero in movies since the 1984 original Terminator), stellar performances and the most cutting edge special effects of its time. 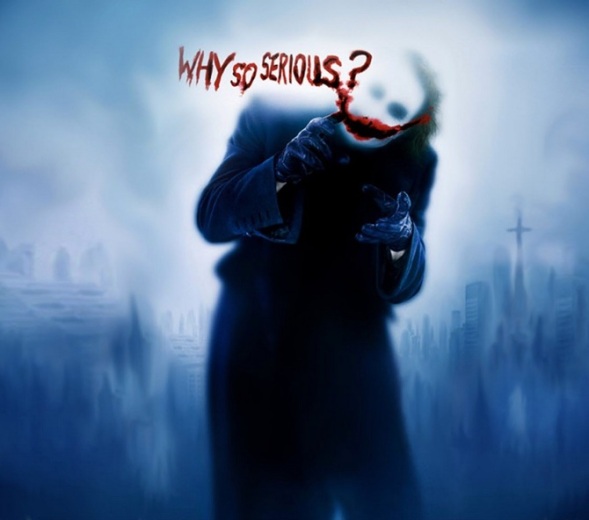 One of the very best films of the 21st century, on par with the greatest works of Martin Scorsese, Michael Mann and William Friedkin. The Dark Knight showed that a film based on a comic book could be every bit as powerful as an Oscar winning epic. The fact this movie did not earn an Academy Award nomination for Best Picture still conjures up feelings of outrage and injustice. So much so that the following year the Academy changed their rules from the usual 5 Best Picture nominees to 10 for the first time in six decades. The Dark Knight feels more like an action-packed crime drama than it does a superhero movie, even with larger than life characters. It’s influence can be felt on every serious comic book movie that tries to emulate what Nolan was able to capture on film, but none have been able to duplicate. 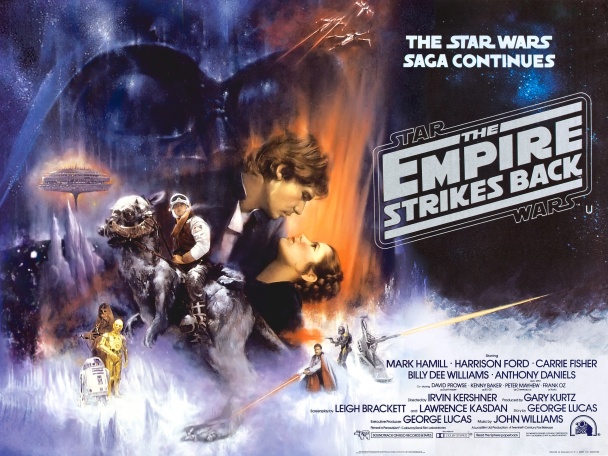 Taking one of the biggest and best blockbusters of all time and topping it in a way that entertained and impressed children and adults alike is no easy task, but that is exactly what Empire Strikes Back did.  An ending that was one of the greatest twists of any movie, along with superb action, special effects and set design. This lived up to everything the original Star Wars had, while also providing audiences with so much more and messing with their expectations. Empire Strikes Back should stand on its own as not only one of the best sequels, but as one of the best movies ever made.

A sequel to one of the best films of all time that won the Academy Award for Best Picture sounds like a recipe for failure, but The Godfather Part II ended up being every bit as much of a classic as the original and became the first sequel to win The Best Picture Oscar, as well as giving Coppola his well earned Best Director statue that he did not get for the first film. Some even go so far as to say The Godfather Part II eclipses the fist film. I will not go that far, but I will say that it is at the very least as great as the 1972 original and it is the best sequel of all time. The definitive film to capture New York City’s Ellis Island experience. Many immigrants have stated the scene of young Vito Corleone arriving and seeing the Statue of Liberty as an image from their own memory bank. Featuring outstanding performances across the board led by Al Pacino in one of his best roles and especially Robert De Niro who won the Best Supporting Actor Oscar. The glorious music, the epic feel, Gordon Willis’ dark cinematography, this is the best sequel ever made and easily ranks high among the original as one of the very best movies of all time.