Skip to content
Hooked on a Feeling After Watching ‘Guardians of the Galaxy Vol. 2’
Movie Reviews

Hooked on a Feeling After Watching ‘Guardians of the Galaxy Vol. 2’ 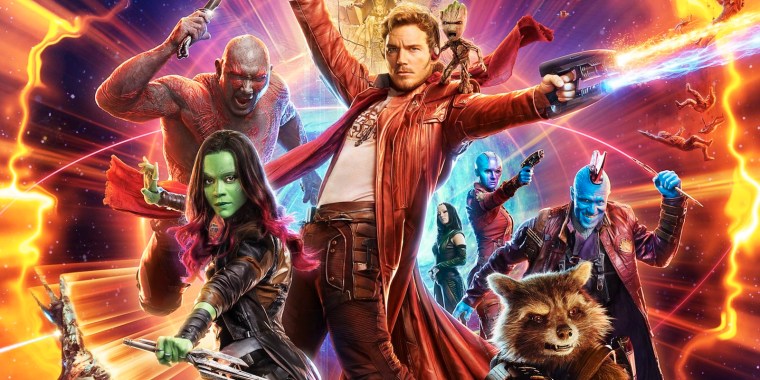 Guardians of the Galaxy introduced us to Peter Quill (Chris Pratt) aka Star-Lord, a witty ravager and explorer who finds himself working with a team of misfits, Gamora (Zoe Saldana), Drax (Dave Bautista), Rocket (Bradley Cooper) and Groot (Vin Diesel), to stop Ronan (Lee Pace) from retrieving and unleashing a powerful orb that could destroy the entire planet of Xandar. Not only did Guardians of the Galaxy break box office records with a whopping 773.3 million USD, but it also attracted the hearts of 70’s music fans with it’s soundtrack Awesome Mix Vol. 1, which has been nominated for several awards.

Almost 3 years since the first film, Director James Gunn has returned with a sequel, Guardians of the Galaxy Vol. 2, a new and improved Awesome Mix Vol. 2, new villains, planets, and let’s not forget… Baby Groot!

The film opens up in 1980 rural Missouri where Meredith Quill (Laura Haddock) sings “Brandy (You’re a Fine Girl)” to her beloved (and highly CGI’d) husband, later on known as Ego the living planet; played by Kurt Russell. The film fast forwards 34 years later, to open with a shot of the guardians pre-battle, but as per usual, we are greeted with the comical banter between them. The opening credit scene has begun, and no, there was not an epic opening credit battle scene. Instead, we had a 2m 45s scene focused on Baby Groot’s dancing skills, and it was ADORABLE.