Skip to content
‘Gotti: Godfather and Son’ is a Moving Story of a Son Almost Following His Father off a Cliff, but Finding Peaceful Closure Instead
Editorials

‘Gotti: Godfather and Son’ is a Moving Story of a Son Almost Following His Father off a Cliff, but Finding Peaceful Closure Instead

by Jason F. Koenigsberg Now this is what everyone who pays to see the new Gotti movie starring John Travolta as the Teflon Don should see instead. Gotti: Godfather and […] 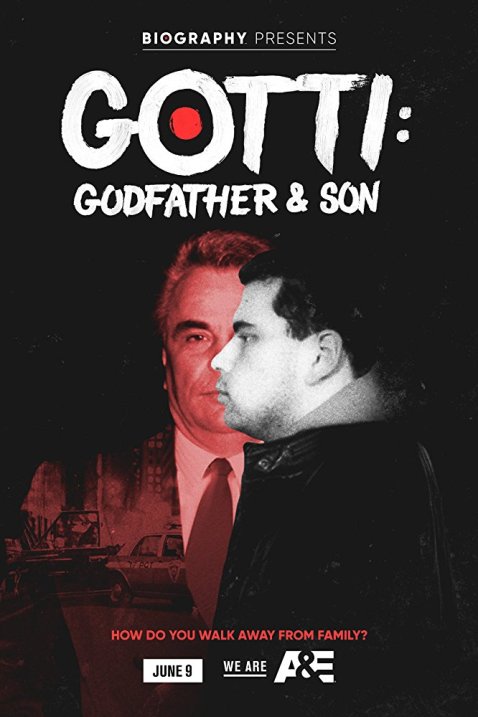 Now this is what everyone who pays to see the new Gotti movie starring John Travolta as the Teflon Don should see instead. Gotti: Godfather and Son directed by Richard Stratton is currently airing on A&E and is required viewing for anyone interested in the story of the most notorious real life mob figure of the latter part of the twentieth century. Directed by Richard Stratton this miniseries is told from the perspective of John Gotti’s son John A. Gotti, which was something the recent movie tried to do and failed since it was so poorly directed it was such a mess and failed to capture telling the tale from the father and the son.

Gotti: Godfather and Son is not the definitive story of mob boss John Gotti, but it is a fantastic true story of the troubles that his life and legacy caused for his son and his family as they tried to distance themselves from La Cosa Nostra and the Federal Government breathing down their necks. For about half of his life John Junior grew up under the wing of John Gotti and his infamous father cast a long and dark shadow over his life that was extremely hard to escape even long after his father’s incarceration and death in prison. This is a documentary about the sins children pay for the crimes of their fathers. The baggage that comes with their name and the judgment people cast right away by association.

It chronicles the life of John Gotti from his life as a young man joining the mafia as a soldier and working his way up to being the Boss of the Gambino Crime Family. It is told primarily from the perspective of his oldest son John A. Gotti so this should not be taken as the definitive story of John Gotti since there is a clear bias from the storyteller. The documentary might attempt to be subjective but all in all this is a sympathetic look at one of the most famous murderers and criminals the mafia has ever produced. It is obviously very hard to dismiss your personal opinions about the man and come into this or any movie about John Gotti cold unless you were born in this century and do not have any memories or recollections of the man and how the media portrayed him. The first three episodes contain all the highlights of Gotti’s life and career, the death of his son, the passing of his father figure Neil Dellacroce, his rise to power by killing mob boss Paul Castellano, and Sammy ‘The Bull’ Gravano turning against the family and becoming an informant which led to Gotti’s life sentence behind bars. The fourth and final hour of the miniseries is almost exclusively about Gotti’s son trying to escape from the shadow of his father and the police trying their hardest to put him away. John Gotti’s death in prison is covered during the third episode, so once again a lot of the emphasis of the documentary is about John Gotti Jr. trying to survive a legitimate life as a law abiding citizen and it was not easy for him to get the peaceful closure he longed for.

It is incredible the amount of private footage director Richard Stratton was able to obtain for this miniseries from the Gotti family, friends, neighbors, police and FBI surveillance footage. It seems that he was able to get everyone to cooperate with the making of this masterful A&E four part biography special. John Gotti’s son’s daughters, attorney Charles Carnesi (who also plays himself in the Travolta film), radio talk show hosts, police detectives, FBI agents, and so many other primary source testimonies from people that knew John Gotti. This is an in depth look into one of the most famous real life mobster’s of all time and it is highly doubtful there will be another documentary about John Gotti this revealing from his family. Their candidness about their fathers strength’s and failures are what make Gotti: Godfather and Son a must see for fans of organized crime stories.

Gotti: Godfather and Son is currently airing on A&E and can be ondemanded and streamed through all the proper services.