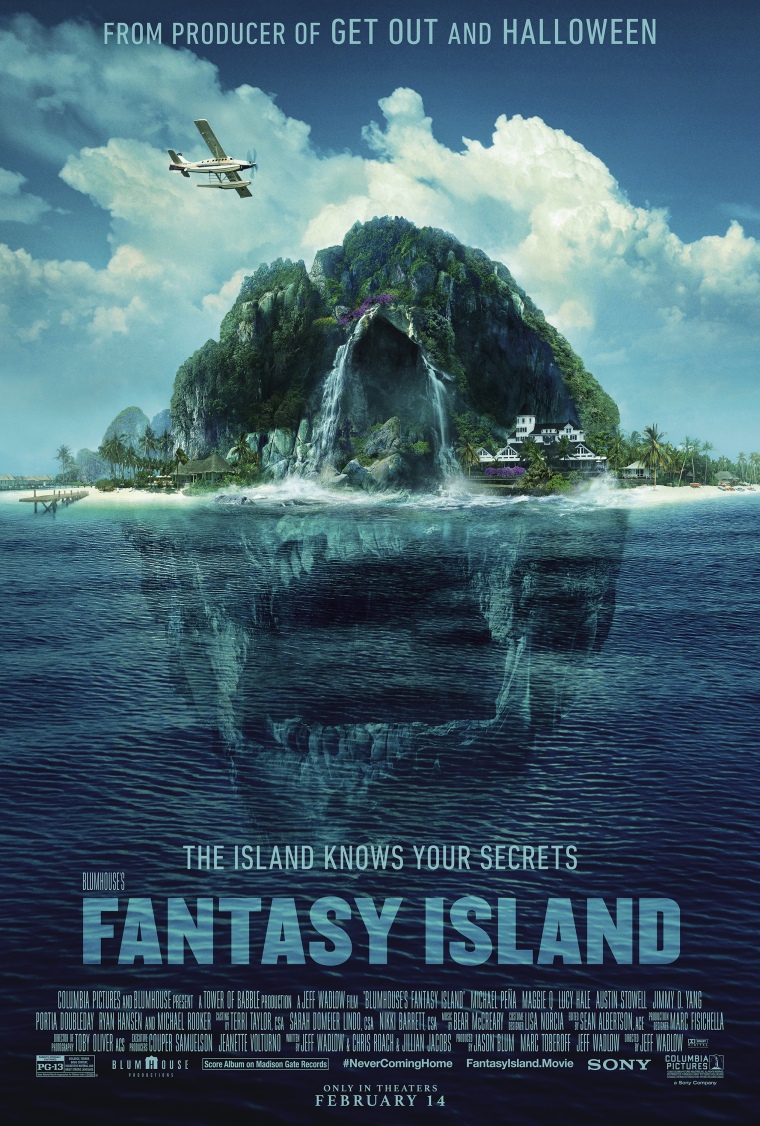 Back in the day Fantasy Island was a television show slightly before my time. Now in 2020 Fantasy Island is a modern horror movie that suffers from all of the cliches that bad modern horror movies suffer from, the biggest being the annoying PG-13 rating that neuters this thriller from going anywhere past juvenile scares. That it hopes to earn more money from teens that can buy their own tickets rather than going all out for an R-rating hurts this film more than anything. This Fantasy Island felt like watching a movie on USA where the characters talk about sex but they have edited out all of the nudity for basic cable. The lazy plot, vapid dialogue, and hack direction do not help either. Plus, these are professional actors saying lines off of a ludicrous script there have probably been some late night Cinemax movies with more realism. I have never seen the original program this horror movie is based on but am willing to bet that this movie has very little to do with the television series otherwise it would have never lasted or developed a following decades later.

The opening shot is a forest at night, we hear a scream and then see a girl running and an assailant chasing her. It soon cuts to a plane (“the plane, the plane” is one of the only iconic phrases from the series that has made it into pop culture forty years later) and we meet our main characters all brought to this mysterious island to fulfill their fantasies that involve, revenge, sex, violence, or a chance to have a do-over in their life to eliminate a regret. The island is run by Mr. Roarke played by Michael Pena, it was Ricardo Montalban in the show, both Hispanic actors who don white suits the entire time. The white wardrobe equals evil and is meant to be ironic since black is usually symbolic of evil, but even that switch has been done many times going all the way back to ‘Moby Dick’. The talented character actor Michael Rooker pops up and bumbles around the island trying to save the guests/victims while almost adding a level of respectability to a very inept film. There are themes of love, death, and acceptance that all would have worked in a more mature script but flounder in this attempt to cash in on nostalgia from young viewers that have never seen the original source material.

This Fantasy Island deserves some credit for keeping my attention throughout the majority of the narrative even when the script was going on some extremely maladroit yet predictable directions. The way the different characters fantasies converge is kind of clever as long as one can accept that Fantasy Island is a glossy B-movie and convenience of those plot contrivances will never allow you to forget it and escape onto the island the way our characters are meant to. The lamest part was the climax in a cave that goes on way too long equipped with an obligatory twist that comes out of nowhere and makes no sense, and of course the final scene sets up for a possible sequel. This movie may sound terrible and it is for the most part but one cannot fault the actors for accepting this job since it was a paid vacation for them to Fiji where it was filmed. But it is the ticket buyers that are the losers in this situation. Save your money for a fantasy vacation of your own, or at least for a more worthwhile movie.

Skip Fantasy Island and check out The Island of Dr. Moreau (1996) a troubled production that resulted in a goofy guilty pleasure thriller that is a lot more fun and far more memorable than this or any other horror movie on a tropical island.