by Jason Koenigsberg In honor of imdb.com celebrating their 25th anniversary this year I figured why not commemorate the 25 best films since the influential website’s inception. The fact I […]

In honor of imdb.com celebrating their 25th anniversary this year I figured why not commemorate the 25 best films since the influential website’s inception. The fact I visit imdb.com at least five times a day says as much about me and other film critics and movie lovers as it does the invaluable service their website provides. It has become an indispensable part of my daily routine and here are the best movies that have been released since imdb.com was founded.

My personal favorite movie of all time, one of the best movies ever made and certainly the best movie of the 1990’s, Goodfellas is a masterpiece. It’s the film that opened me up to loving cinema as an art form with some of the best acting, camera work, and pacing of any motion picture.

Runners up: Wild at Heart (David Lynch) and Reversal of Fortune (Barbet Schroeder)

A riveting crime drama based on the only trial that resulted in the assassination of President Kennedy. This film is the fastest and most fascinating three plus hours ever made. Not historically accurate but accurate in its depiction of how American’s feel about their government.

Runners up: Boyz N tha Hood (John Singleton) and The Silence of the Lambs (Jonathan Demme)

One of the best westerns and most revisionist films ever made. Clint Eastwood’s crowning achievement in a genre he helped to define as well as his finest achievement as a director. Great performances from all of the main actors help make Unforgiven a moving and unforgettable experience.

A powerful epic and important history lesson, probably the best film ever made about the darkest point of humanity from the twentieth century. Spielberg undeniably crafted a cinematic classic and one that has so many tearjerking moments from the girl in the red dress against the gorgeous black and white cinematography, to Liam Neeson’s break down about how he could have saved one more life, but probably the most poignant is seeing all of the survivors and their children that were saved by Schindler himself.

Runners up: The Fugitive (Andrew Davis) and In the Name of the Father (Jim Sheridan)

A great movie that combines elements of history with fantasy and creates a triumphant story about being a good person and making a huge impact. Tom Hanks has never been better than here and his performance really anchors the movie which seamlessly blends comedy and tragedy perfectly into a truly remarkable picture.

One of the best mysteries of modern cinema and one of the best endings of any movie. This is an exceptional film with a very smart script, which won the Academy Award for Best Original Screenplay, and some great performances, none better than Kevin Spacey who won the Best Supporting Actor Oscar.

A high octane, slam bang action thriller that features the last great performance of now retired action icon Sean Connery. It serves as a nice bookend to his career starting off with his rise to fame as the original James Bond. Rousing action sequences that make the most of its on location shooting in San Francisco as well as some of the best performances from Nicolas Cage and Ed Harris.

Runners up: Fargo (Joel and Ethan Coen) and The People vs. Larry Flynt (Milos Forman)

The film that gave us the late great Robin Williams’ finest acting performance in which he won a well deserved Best Supporting Actor Oscar, as well as winning its stars/screenwriters Matt Damon and Ben Affleck Best Original Screenplay. This is the movie that launched Affleck and Damon into the stratosphere of Hollywood stardom and they have remained there ever since. A great movie that has become a modern classic.

One of the greatest war films of all time, that captured the true horrors of combat with the most harrowing and brutal depiction of the invasion of Normandy on D-Day. What followed was a military picture with a great sense of honor and heart and a truly moving experience that I will never forget. It’s Oscar snub for best picture to Shakespeare in Love is still commonly referenced as one of the Academy’s biggest blunders. 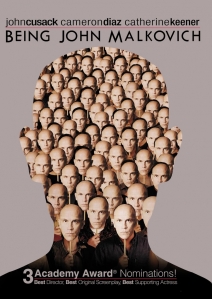 One of the smartest, most inventive and original movies of the past 25 years, Being John Malkovich made me laugh in the theater more uproariously than many films. It is also as unpredictable as it is unique. Since this film its director Spike Jonze and screenwriter Charlie Kaufman have both won Oscars for other films and become their own brand names for quirky and intelligent comedies. 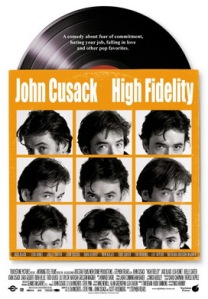 The best romantic comedy I have ever seen from the male point of view. It deals with dating, sex and relationships in an intelligent and very relatable manner than most other films of its ilk, like an updated version of Annie Hall (1977) and is one of the funniest movies of the past 25 years.

A particularly strong year for film, Mulholland Drive I would declare the best film of the decade in 2010 and Memento was a runner up right behind it. Mulholland Drive is a brillaint and hypnotic puzzle of a film that I love re-watching and trying to put the pieces together to figure out new mysteries, a true cinematic masterpiece of the 21st century. 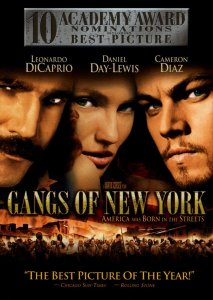 This film is often unjustly criticized for its screenplay shortcomings, however I find it to be a rich and lush experience of an era in New York City rarely captured on film. Highlighted by a commanding performance from Daniel Day-Lewis as one of the most magnetic screen villains of recent years. 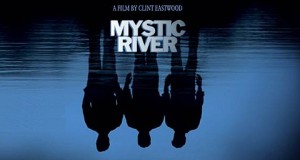 A powerful drama about the emotional scars we receive in our youth that we pay for as adults. A morality play of the highest order featuring career best performances from three of the best actors of their generation Sean Penn, Tim Robbins and Kevin Bacon (Penn and Robbins winning Best Actor and Best Supporting Actor Academy Awards respectively).

Runners up: The Last Samurai (Edward Zwick) and The Lord of the Rings: The Return of the King (Peter Jackson)

A remarkable debut from writer/director/star Zach Braff that perfectly captures what it is like to move away from your home and then return to see how nothing has changed and some things have changed drastically. Came out at a point in my life where it had a tremendous personal impact which is why it was my favorite film during a particularly strong year for movies. 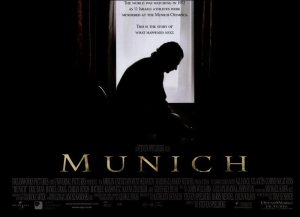 One of the best films along with Unforgiven to deal with the theme of vengeance and the aftermath of committing violence. One of Spielberg’s most cynical and personal films it feels very dark compared to the rest of his oeuvre .

Runners up: A History of Violence (David Cronenberg) and Goodnight and Good luck (George Clooney)

The film that finally won Scorsese his long awaited Oscar is not only one of the legendary director’s best films, but also one of the best crime dramas of the 21st century. An all star cast gives top-notch performances along with crisp editing and a riveting script that flows perfectly. If studios churned out more exciting big budget hits like this, movies would be in a much better state than they are now.

A masterwork of cinematography, set design and featuring another outstanding performance from Daniel Day-Lewis (who won his second Best Actor Oscar for this movie). A brilliant allegory of American greed and a sly indictment of the Bush administration on going to war because of the nations reliance on oil.

Runners up: The Diving Bell and The Butterfly (Julian Schnabel) and Before the Devil Knows You’re Dead (Sidney Lumet) 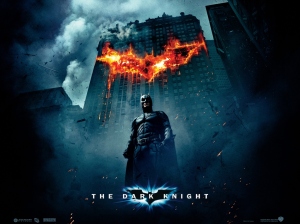 The best comic book movie of all time the redefined the superhero action genre is also one of the best sequels ever made. A flawless film in every way but the main highlight is Heath Ledger’s extraordinary transformation as The Joker, earning him a posthumous Academy Award for Best Supporting Actor.

The most powerful motion picture dealing with the recent war in Iraq will go down in history as the first, and thus far only, woman to win the Oscar for Best Director. Beyond that this movie captures the soldier experience on the front lines and the struggles they face coming home, while the whole time never taking a stand and being pro-war or anti-war, trusting the viewer to be intelligent enough to make up their own mind.

Runners up: Up in the Air (Jason Reitman) and District 9 (Neill Blomkamp)

The ultimate Christopher Nolan movie. Takes the psychological ideas from his breakout indie hit Memento and combines them with a huge budget realizing a master directors awesome vision of dreams distorted with reality. One of the smartest summer blockbusters of recent years.

Runners up: The Social Network (David Fincher) The Kids are Alright (Lisa Cholodenko)

One of the unlikeliest surprises, but Martin Scorsese’s foray into PG-rated family entertainment turned out to be one of the most delightful and enchanting movies and with its themes of preserving cinematic history it feels like an essential Scorsese picture. The best 3-D moviegoing experience since Avatar (2009) and for completely different reasons, it is subtly beautiful in every way.

Runners up: The Artist (Michel Hazanavicius) and The Descendants (Alexander Payne)

Quentin Tarantino followed up his incredible Inglorious Basterds (2009) with his outstanding take on Westerns and having a career renaissance in the new century. A gritty and hilarious look at America during slavery. Powerful, provocative and the most sublimely entertaining movie to come out during a very strong year for film.

This is Schindler’s List for the Civil War and American slavery. An important, powerfully and unforgettable picture based on the true story of Solomon Northup (Chiwetel Ejiofor). Most important was that even though the main character managed to escape bondage it does not sugarcoat the horrors of institutionalized slavery as Spielberg’s film did not censor itself dealing with the Holocaust.

Runners up: Before Midnight (Richard Linklater) and Her (Spike Jonze)

One of the most remarkable coming-of-age movies of all time, it really felt like a once in a decade type of picture. Boyhood touches on every emotion you feel as you grow up and has some of the most tender and emotional scenes of any picture from recent years.