Skip to content
Actors That Should Come Out of Retirement Part 7: Rick Moranis
Editorials

Actors That Should Come Out of Retirement Part 7: Rick Moranis

by Jason F. Koenigsberg Rick Moranis is not as legendary as some of the other actors featured in this series, but during the 1980’s and 90’s he certainly made his […] 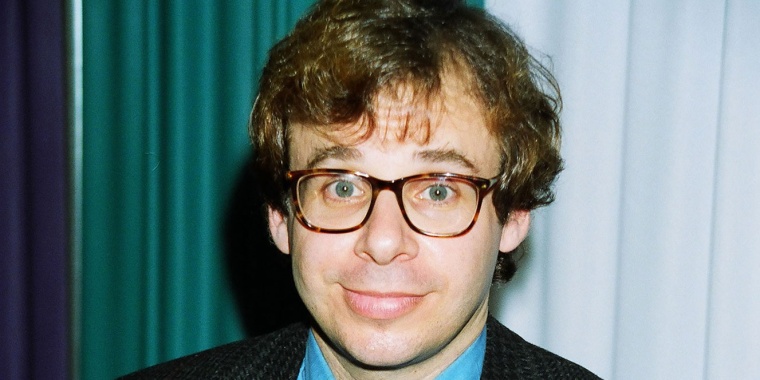 Rick Moranis is not as legendary as some of the other actors featured in this series, but during the 1980’s and 90’s he certainly made his mark on comedy starring in some huge hits and beloved gems. Due to the fact that he starred in some of the biggest hit comedies of that era his presence is greatly missed by many. Rick Moranis started out as a radio DJ in his native Canada, then became a star on the Canadian sketch comedy series SCTV. His first major motion picture was the small cult comedy Strange Brew (1983) based on a running skit from characters Moranis and fellow SCTV star Dave Thomas created.

The following year Rick Moranis would strike showtime gold when his fellow SCTV alum John Candy dropped out of the role of Louis Tully in Ghostbusters at the last minute. Other SCTV alum Harold Ramis, was a writer and actor in Ghostbusters and suggested Moranis for the role. The rest is history and Louis Tully would become the biggest and best role in Rick Moranis’ career as he stole scenes being the nebbish accountant neighbor of Sigourney Weaver’s character who would turn into ‘The Keymaster’ as she turned into Zuul ‘The Gatekeeper’. He would go onto star in the sequel Ghostbusters II (1989) where his character was fleshed out and given the chance to be a hero and actually assist the Ghostbusters save New York City.

He would later star with John Candy in Mel Brooks’ hilarious Star Wars spoof Spaceballs  (1987). Two years later, 1989 would turn out to be the biggest year of Rick Moranis’ career as he starred in three huge hit movies released during the summer that went on to gross over $100 million at the box office. Ghostbusters II was the first, but he followed that up with the lead role as an eccentric inventor and wacky family man in Disney’s Honey, I Shrunk the Kids, which turned out to be a giant sized surprise hit that summer. Then that August Rick Moranis illustrated his more subdued acting ability in the hilarious and heartfelt Ron Howard ensemble comedy Parenthood.

In 1991 tragedy struck Rick Moranis as his wife passed away from breast cancer and he was left to raise his two children. He began to star in less films as he gradually faded from the spotlight to focus on his family. His last starring role in a theatrical film was alongside Tom Arnold in Big Bully (1996) which bombed at the box office. His final role in front of the camera was Honey, We Shrunk Ourselves (1997), a straight to video sequel to Honey, I Shrunk the Kids, and Honey, I Blew Up the Kid (1992). In 2003 he had a voice role in Disney’s Brother Bear, and since then, nothing. Few people expected his sudden departure from public life altogether and he has resisted any and all offers to return to show business.

Even though he is significantly younger than the other retired actors mentioned in this column he is probably even less likely to reprise his acting skills than any of the other actors I have written about. He turned his back on Hollywood fame and does not show any indications of returning. The fact that he turned down millions of dollars for a brief cameo in last years all female Ghostbusters means that we will most likely never see Rick Moranis on the big screen ever again. If that easy money could not get him back into public life, I am afraid that nothing will.