Click play above to listen to the article by Jason Frank Koenigsberg The Clown Prince of Pranks, the most devious villain in Gotham City, Batman’s ultimate nemesis, The Joker. There […]

The Clown Prince of Pranks, the most devious villain in Gotham City, Batman’s ultimate nemesis, The Joker. There have been five feature film incarnations of The Joker. He has been played by some of the greatest actors of their generation. In a few weeks Joaquin Phoenix, another immensely talented and Oscar-nominated actor is about to join the list as the sixth actor to play The Joker on the big screen in the new film entitled Joker. This seems like a perfect time to look back, reflect, and rank the performances of The Joker going back over fifty years. Most of the actor’s portrayals have brought their distinct style to the devious character making him one of the most fun and iconic big-screen movie villains of all time. Without any further ado here are the Five Cinematic Joker Performances from Worst to Best.

One of the worst comic book movies of all time contains easily the worst cinematic version of the Joker audiences have seen thus far. Some have said that this movie was so badly marred in post-production hell that Suicide Squad was butchered and barely a shell of what it was supposed to be. Allegedly they had over two hours of footage with Jared Leto as The Joker yet somehow only managed to show about fifteen minutes of him in the final film. Well I for one am not letting Jared Leto off that easy. This was his first movie role in three years after his previous role in Dallas Buyers Club (2013) earned him a Best Supporting Actor Oscar. Leto was so bad as The Joker I said in my review that they should take his Oscar away and I meant it. He was not trying to do anything different as The Joker, he was simply doing an impression of Heath Ledger’s Joker from The Dark Knight (2008). His look was different as more of punk rock, albino Dennis Rodman, anorexic looking Joker, who seemed like he needed a pint of blood and money to fulfill a heroin addiction. The only thing unique about his Joker was that he had Harley Quinn and played The Joker more as a sadistic lover than just a villainous criminal. That was a side of The Joker movie audiences had never seen before but the fact that he was hardly in the movie and his scenes with Harley Quinn happen so briefly that his romantic side was never fully explored. A waste of talent, a waste of a great character and ultimately Suicide Squad was a giant waste of film.

To be fair, Cesar Romero’s Joker was not meant to be as menacing as the other Jokers on this list. This was the first mainstream comic book movie produced by a major studio. This was a time when comic books and superheroes were relegated to being just for kids and none of the elements of Batman: The Movie were meant to be taken seriously. There are moments where Cesar Romero changed his voice and facial expressions that could have been threatening but everything surrounding him was so campy and silly that it never lasted for more than a few seconds. Romero has to get credit for laying the groundwork of bringing one of the most beloved comic book villains to life when no other actor had ever played a role like this. He was supported by a talented ‘Rogues Gallery of Villains’ including Burgess Meredith as the Penguin, Lee Meriwether as Catwoman, and Frank Gorshin as The Riddler. They all played well off of each other against Adam West’s Batman but it is tough to rank him against the modern takes on the character since those movies are tonally a complete 180 from Batman: The Movie. Romero succeeded with making the character high camp and that is what Batman and all of his villains were for an entire generation until Tim Burton reinvigorated and reinvented comic book cinema with his take on Batman and The Joker with his film in 1989. 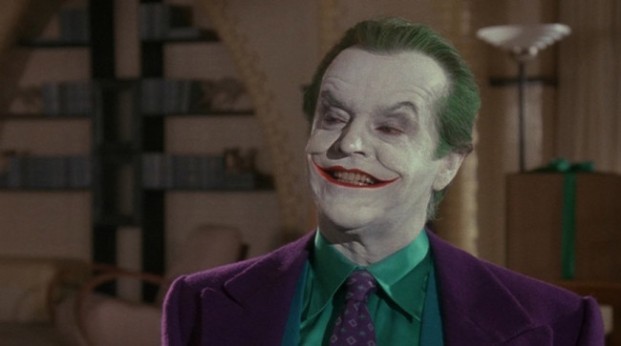 One of the greatest actors of all time delivering one of his most iconic performances. If the Joker were any other movie villain, this would easily be number one. Nicholson has said in interviews that The Joker was his favorite role and also one of the hardest roles of his career. For nearly two decades his enigmatic performance of The Joker was the definitive take on the character and what many other actors would base their over-the-top comic book villain performances on. Seriously go back and watch Tommy Lee Jones as Two-Face in Batman Forever (1995) or John Leguizamo in Spawn (1997) and tell me they are not just doing impressions of Jack Nicholson’s Joker. Nicholson was already established as one of the best leading men of his era with a slew of iconic roles under his belt such as Chinatown (1974), One Flew Over the Cuckoo’s Nest (1975), and The Shining (1980), but his performance as The Joker in Batman may not be his most versatile, but it might be his most iconic. This was also his most profitable role since the film was a big hit and he had a deal from Warnes Bros. where he was guaranteed a ton of money regardless of how the film performed at the box office. It is hard to imagine that thirty years later three other actors would have played The Joker in a live-action performance and would have received heaps of praise for doing so and not simply mimicking his mannerisms the whole way through their movies. His Joker remains a staple in cinematic history as one of the best roles of his career and a moment where comic book cinema took a giant leap forward with a legendary actor playing a role that most would have dismissed as ‘kids stuff’. 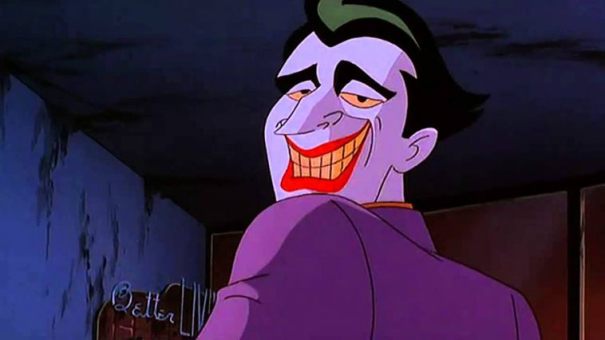 The least seen Batman movie is not only one of his best cinematic outings but also features what many consider the best cinematic recreation of The Joker in Batman history. Batman: Mask of the Phantasm is one of the best Batman movies of all time. It took the best elements of Bruce Timm’s ‘Batman: The Animated Series’ and made it into a feature film that further legitimized dark incarnations of the Batman saga and heavily influenced Christopher Nolan’s take on the character in his features. Mark Hamill, best known for playing Luke Skywalker in the Star Wars films turned out to be an incredible voice actor and many consider his portrayal of The Joker as the definitive version of the character after not only this film and the television series from the 90s but also a number of straight to DVD Batman animated films and the theatrical film Batman: The Killing Joke (2016). Mark Hamill is everything you want The Joker to be, cartoonish, funny, silly at times but then at the drop of a hat he can turn psychotic, frightening and vile. The limitations of television may have impacted some of his vulgar antics but the fact that his Joker was animated allowed him to do things that the other actors could not. Mark Hamill owns his role as The Joker and created a legacy that over a quarter of a century later audiences are still discovering and turning to him as the performance that all other Jokers should be compared to.

The definitive version of The Joker is still Heath Ledger in The Dark Knight. No matter what others will say about all of the terrific performances from gifted actors listed above, Heath Ledger stole the show and made The Joker his own, which is a much harder task than one might think. Taking an iconic role synonymous with Jack Nicholson, one of the greatest actors of all time in one of his most famous roles, and making audiences forget about it, is an incredible feat in and of itself. The fact that this was Heath Ledger’s final completed performance is a haunting footnote and undoubtedly boosted the film’s success as the box office. But he undeniably deserved the posthumous Academy Award for Best Supporting Actor. The psychotic energy Heath Ledger brought to The Joker made his portrayal the scariest yet with flashes of violence and one that viewers could not take their eyes off of. He owned the movie and made the terrific performances from the rest of the cast namely Christian Bale, Michael Caine, and Gary Oldman, an afterthought. His Joker was a reflection on America during the Bush administration in a post 9/11 world dealing with the fear of terrorism and paranoia of the government watching over us. The power and impact of his performance on pop culture are still being felt and may very well be one of the most essential movie villains of all time.

Joaquin Phoenix has his work cut out for him to try and top some of the actor’s performances on this list. He is no doubt every bit as skilled (if not more so) as many of the names listed here. We shall see what he and director Todd Phillips have in store for us on October 4th when Joker is finally released. Until then we have these performances of Batman’s greatest archrival to revel in.