Skip to content
How did These Celebrities Survive 2016?
Editorials

How did These Celebrities Survive 2016?

by Jason Koenigsberg We all know 2016 was a particularly difficult year for a lot of people. Other than Cleveland, Cubs fans and Trump supporters, there was not much to celebrate. […] 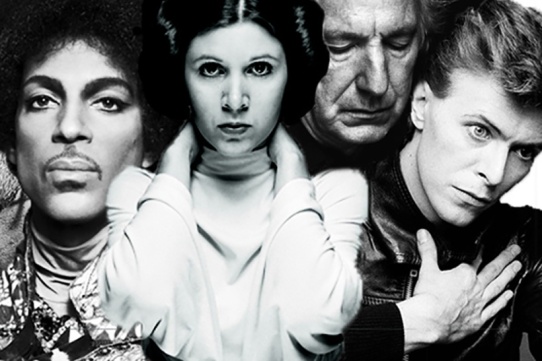 We all know 2016 was a particularly difficult year for a lot of people. Other than Cleveland, Cubs fans and Trump supporters, there was not much to celebrate. It also felt like we lost an abnormally large amount of beloved celebrities in this calendar year, starting with David Bowie and Alan Rickman who passed away a week apart back in January, up to this weeks passing of Carrie Fisher and her mother Debbie Reynolds the following day, and a myriad of singers (Prince), athletes (Muhammad Ali), actors (Gene Wilder), world leaders (Fidel Castro), directors (Curtis Hanson) and politicians (Janet Reno) in between, 2016 was a force to be reckoned with and took a lot of casualties.

Even the great American hero John Glenn passed away recently. The last week feels especially brutal with George Michael passing on Christmas day and Carrie Fisher and Debbie Reynolds right after. It prompted people to start a GoFundMe campaign to keep 94 year old actress Betty White alive for the next few days just to make sure 2016 did not take her at the very end.

Instead of recapping all of the famous people we loved and lost in 2016, why not look at the people that survived the battlefield of 2016. It is kind of remarkable which celebrities survived 2016. Some of these celebrities have been cheating death for years now. Here are the biggest celebrity names that baffled me to find out they are going to live to see another year. 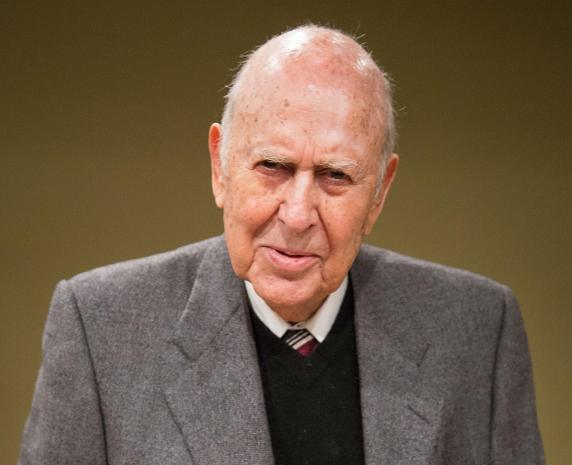 This guy just keeps going. A writer, director, actor, producer but first and foremost a comedian. He has not been very active in recent years other than starring in the huge hit movie Oceans 11 (2001) and its sequels Oceans 12 (2004) and 13 (2007). But he makes regular appearances on tv shows and has managed to stay active. He is one of the last of the borscht belt comedians and has outlived almost all of his peers… 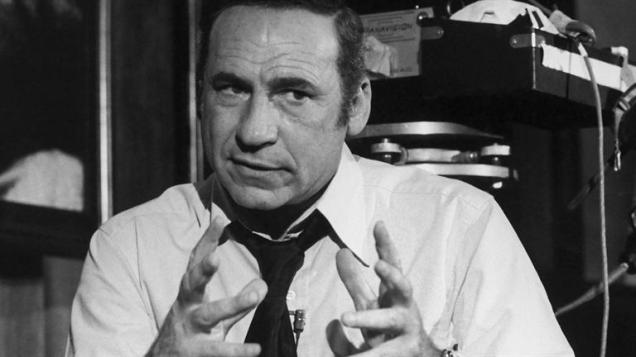 …Like I said, almost all of his peers. Mel Brooks is still around. His wife Anne Bancroft passed away from cancer back in 2005, and it really hit me how impressive Mel Brooks’ longevity is as I was writing my tribute to Gene Wilder after he passed away in late August. Wilder and Brooks worked together and created three of the funniest movies of all time with The Producers (1968), Blazing Saddles (1974) and Young Frankenstein (1974). As I was typing that I realized all of the names involved in those films and the other major films Gene Wilder starred in have passed away other than Mel Brooks. Richard Pryor, Gilda Radner, Madeline Kahn, Harvey Korman, Zero Mostel and now Gene Wilder have all passed away, yet Mel Brooks defying all odds is still here and still active performing on stage and making television appearances. We are blessed to still have Mel Brooks with us, but once he does pass on, he will probably have a fun time being reunited with his wife and former coworkers. 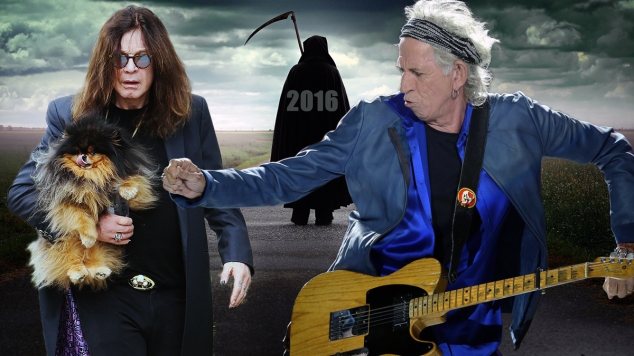 Seriously, how are these two still alive? This defies all logic. Denis Leary once joked “Keith Richards said that kids should not do drugs. Keith kids can’t do drugs because you already did them all!”. After reading Ozzy’s autobiography it’s a miracle he survived growing up in the factory town he is from, if he stayed there and worked in the factory he likely may have died from the pollution a long time ago. Being a rock star actually saved his life. The amount of drugs they both have done and the wild partying one would think Ozzy and Keith should have died thirty years ago, or anytime in the past three decades, yet here they stand, survivors of 2016. I guess they made some sort of deal with the Devil or he does not want them yet because if you believe in Judeo-Christian values, these two are not good candidates to make it into heaven. But we are all fortunate to still have the chance to see them in concert in 2017 for the Rolling Stones Steel Wheelchair tour and Ozzy already has a summer tour planned after touring last summer with his old band Black Sabbath on their farewell tour. 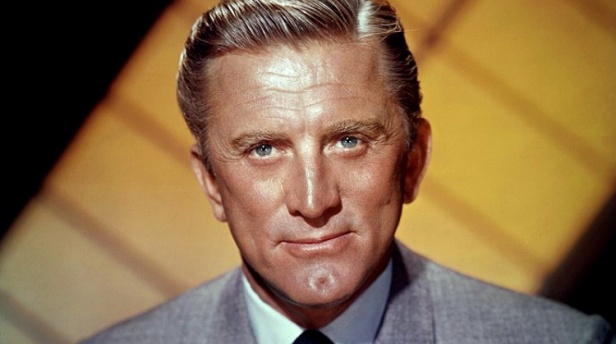 Kirk Douglas turned 100 earlier this month, take that 2016! There was a point when his son actor Michael Douglas had a cancer scare about five or six years ago and we thought Kirk might outlive his son. Well fortunately they are both still alive. It seemed like 2016 was the expiration date for a lot of famous people around Kirk’s age, just not him. Don’t get your Spartacus sized tributes ready just yet, he may be around for a while. 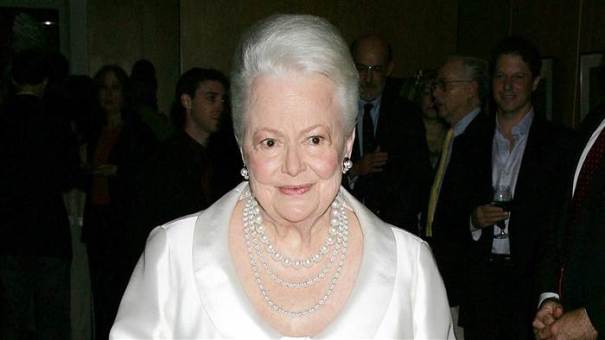 The last living major cast member of Gone with the Wind (1939) even outlived her younger sister actress Joan Fontaine. Although she is not active anymore in films or television, Olivia de Havilland is alive and doing very well according to reports, her mind is sharp and shows no signs of slowing down. There is no telling when this Hollywood legend will pass on, but 2016 did not touch her.

Blake spent time in jail for murdering his wife, he eventually appealed and was acquitted in 2008, only to have the IRS place a tax lien against him in 2010 after he filed for bankruptcy. He started off his career as a child actor in the Our Gang comedies and had a small role in The Treasure of the Sierra Madre (1948) opposite Humphrey Bogart. He would go on to have success in the film adaptation of In Cold Blood (1967) and star in the television series Baretta in the 1970’s. Since his personal problems became very public in the early 2000’s nobody has been willing to hire him so his career is effectively dead. His last film was the haunting Mystery Man in David Lynch’s hypnotic and bizarre Lost Highway (1997). 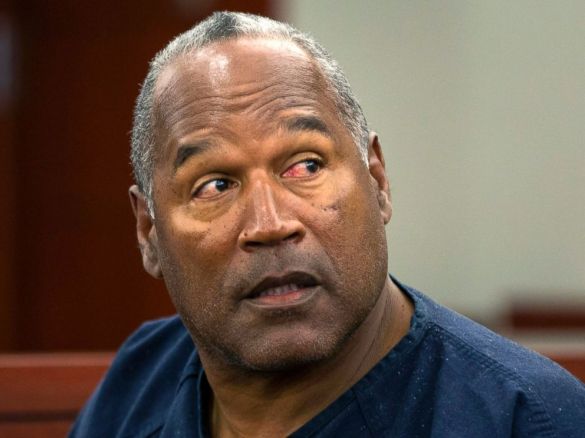 2016 was a very big year for O.J. Simpson in terms of nostalgia with a television miniseries based on the trial and a riveting and all encompassing ESPN 30 for 30 documentary about Simpson. Unfortunately for him, he received no money or royalties or anything from the amount of exposure he had in pop culture this year as he currently wastes away at a Nevada penitentiary not for murdering his wife, but for assault and armed robbery. He will likely remain there for the rest of his life. 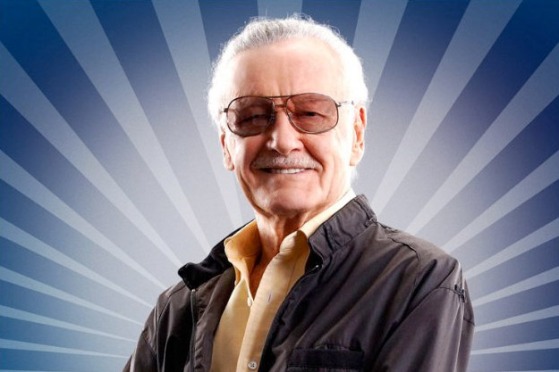 God bless Stan Lee. I guess the powers that be really like Marvel Comics because we are fortunate to be able to see his clever cameos in more Marvel movies in the near future. He has become one of the most famous and successful men in Hollywood in his eighties and nineties. Since he is a very public figure, Stan Lee appears to be in great health and his mind is working very well for a man of his age. He has shown no signs of slowing down and is very fortunate to be alive to witness the success his Marvel brand has achieved in Hollywood.

Another real head scratcher. I remember seeing Burt Young as Paulie in Rocky Balboa (2006) ten years ago and thinking, “wow, he looks horrible, I cannot believe he is still alive”. Well he survived 2016 and as bad as he may look, he is actually much younger than I thought he was. For last years continuation of the Rocky saga Creed, they wrote Paulie out and showed his grave next to Adrian, which was for the best since Creed ended up being one of the best films of the Rocky series. His costar Tony Burton, the only other actor besides Stallone to star in the first six Rocky movies passed away back in February. Poor Tony Burton could not survive 2016 yet against all odds, Burt Young is still trucking along. 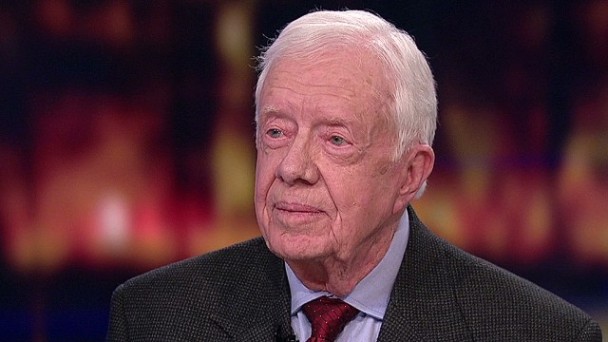 Ex presidents tend to live for a long time in recent decades. Ronald Reagan and Gerald Ford both passed away at age 93. George Bush the elder is currently 92 years old and is not in the best health. However, Jimmy Carter seems to be doing just fine. He is still active building people homes with Habitat for Humanity and outspoken with his views on the Middle East which are usually anti-Israel and anti what the US foreign policy has been towards that region. 2016 marks the 40th anniversary of when Carter was elected to the White House. I do not know if there has been another president who lived for four decades after his term in office was over.

So there you have it, the biggest and most surprising names of people who survived 2016. A year that felt like a hurricane and took celebrities from us like casualties in a war. Are there any big names that I missed? Feel free to let me know.